One burning question is on  political watchers’ lips  as the polls move and shift to the left.

Who’s next to govern the UK ? 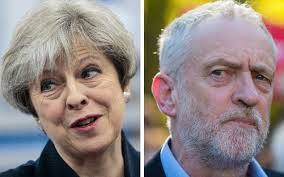 It’s astonishing to think that the Tories were over 20% ahead of Labour when PM May called the General Election.

Ladbrokes are now offering 8-1 on Labour winning, down from 16-1. 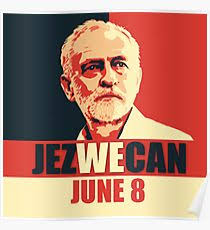 Mr Corbyn’s campaign is making inroads into Theresa May’s support following her poorly-received policies on social care for the elderly.

If the Tories end up with even a one seat loss Labour will claim the Tories have lost their manifesto promises.

Could we be looking at a Labour Government on June 9th?

Going on policies and manifestos it’s hard to believe that Labour will not win this election.

Who wouldn’t support the Labour manifesto?

It offers all your Christmas and birthday presents in one go – free school meals vs May the Lunch Snatcher, railway nationalisation, no university fees, and so forth

And the Tories are ever  more begrudging to ordinary people with their “Dementia tax” and lack of health care for the elderly, hard Brexit, control of what web pages we can visit  (A British internet for British people) and   voter identity cards.

Jeremy’s  running around talking to large groups of ordinary people wherever he goes, all over the country.
May invents fake events.

Background
Theresa May’s decision to call a general election was a purely cynical action. It was an attempt to take advantage of a weakened Labour Party and thus extend her time in Downing Street.

It was not designed to secure certainty over Brexit negotiations 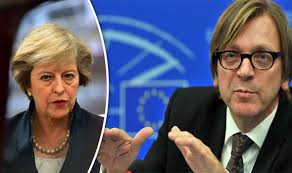 Guy Verhofstadt, Brexit coordinator in the European Parliament,  said as much

People simply shouldn’t believe her – that it’ll have no impact whatsoever.
The result of GE2017 will not make any difference to what Theresa May achieves, or fails to achieve, in negotiations with the EU because she has nothing to offer the EU

She has already destroyed any sympathy towards her government with  all the rudeness and insults towards the EU  over the last year.

There will be no “special partnership” with the EU.

What do the Tories really want to achieve with GE 2017?

A majority that will

1)  prevent proper parliamentary scrutiny of the vast quantities of legislation that has to be passed in to law here after Brexit, in so little time to do it, – much easier to get it all through on the nod with a big majority.
2) shield them from public anger

4) get themselves out of the corner they have painted themselves into?

If the Tories lose just six seats they will lose this election. Or so she says.

Jeremy Corbyn will be sitting down to negotiate with the presidents, prime ministers and chancellors of Europe.

Or is it? The farcical shambles of the Tory campaign looks calculated. 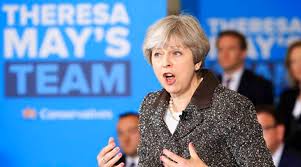 She’s aligning the party to herself

The Tory manifesto is  alienating

*animal lovers by supporting a free vote on fox hunting, and

* the trade in elephant ivory which encourages brutal sadistic poaching,

*the  elderly, the core Tory voters,

*doctors, nurses, health professionals and patients by  continuing to underfund and privatise the NHS

Why would  the Tories actually, really want to lose GE 2017?

It’s their  only way out of a nightmare they put the UK in.

They don’t want to carry the can for the Brexit they themselves encouraged, supported  and triggered

Do Theresa May and the Tories want to pass the poisoned Brexit chalice to the left?

Do they want  Labour  to take the blame  when the UK breaks up?

What effects would a Labour Government have on the 2 parts of the UK that voted to remain in the EU?

Both Conservative and Labour parties desperately want to stop the SNP

The Tory manifesto is littered with references to “one nation”.

If Brexit goes ahead under the Conservatives, PM May has already said “Now is not the time” for Indyref2

If Brexit is modified or stopped under Labour, there will be “no material change” to justify  IndyRef2

Mr Corbyn does not support the SNP or  Scottish Independence. He said:

“The links between Scotland and the rest of the UK are far deeper and stronger than those between the UK and the EU.

Scotland leaving the UK would only amplify the harm of a brutal Tory Brexit”.

“there is no appetite for yet another referendum”.

A left-leaning, anti-austerity Labour government determined to tackle the  ills inflicted by four decades of Tory and New Labour neo-liberalism might, and I emphasize might, soften Scottish working-class anger, and attenuate support for  the SNP

It wouldn’t stop demands for Independence, IndyRef2 (which the Scottish Parliament has legislated for)  and remaining in the EU but it could  weaken them as it might lessen the underlying causes of grievances in Scotland

However, Scotland might not win Indyref2 with a minority Labour government, supported by the SNP.

Soft ‘Labour’ Yes voters will be bewitched by a ‘socialist’ future under Westminster rule.

The  Tories do not care  about the people of Northern Ireland. Unlike Scotland, there are no Tory votes to be cherished here

Jeremy Corbyn has said there should be a referendum on Irish reunification if the Northern Irish Assembly wants one.

A Border Poll, under the auspices of the EU negotiations, would probably be well received by the people in NI since over 50% are reported to want one.

If NI opts for reunification it can automatically re- join the EU as part of the Republic after Brexit.

A Labour government headed by Mr Corbyn, who supports a re-united Ireland, would be a godsend for the British Establishment, the Irish government, Republicans, nationalists and  EU negotiatiors – that is everyone except the NI Unionists/Loyalists .

Query: Even though Northern Ireland  risks being jettisoned by  a Labour Government, is  a Corbyn administration the only way to save the  rest of the Union and hold Great Britain together? 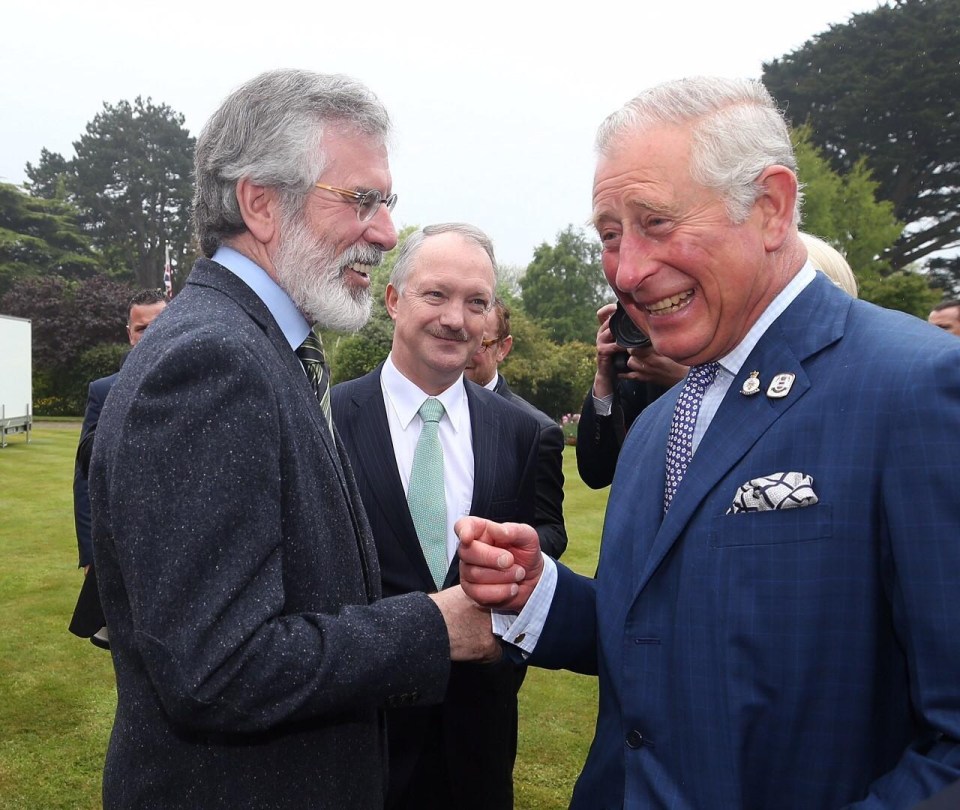