Asking a non-DUP Unionist or a Unionist Remainer in North Belfast to vote Sinn Fein might look like asking a tee-totaller to knock back a few shots of Irish whiskey.

Nevertheless, that is happening in Northern Ireland today in the run-up to December’s UK General Election. Voting patterns are being shaken up.

The NI electorate is often defined by

However, like Brexit itself, voters are complex and contradictory and many could well identify principally as Brexiteers or Remainers in the coming General Election. Thanks to modern technology, they can check facts, assess probabilities and decide on their priorities, reflecting all that in their choice of party.

To minimise the Brexit fall-out, in NI as in the rest of the UK,  party pacts/alliances/agreements/ are being formed 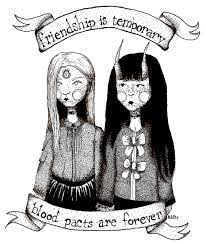 the Lib Dems, Greens + Plaid Cymru “Unite to Remain” in 60 seats. This is a Good Thing.

An unofficial anti-SNP arrangement seems to be shaping up between the Lib Dems + Tories + Scottish Greens to oust the Remain SNP MP’s or split votes so as to usher in a Tory Brexit MP. For example Labour and Tories are standing down to help elect a Lib Dem and unseat Ian Blackford (SNP).

UUP + DUP = Unionist Unity. This is a Good Thing.
SF,Greens + SDLP = A Sectarian Pact. This is a Bad Thing.

Remember: In NI the majority of people voted to Remain. They would have accepted the defunct backstop and welcome the current version of the Withdrawal Agreement.More voters could probably be convinced to do so

Recommendation for NI Remainer parties: Rather than focusing on a Border in the Irish Sea emphasize its other positives: no checks along the border, economic incentives, better economic future and the chance to vote on the arrangement a few years down the line.

What about the DUP?

Since their Brexit strategy has been so disastrous, they’ve started playing

the betrayal card (after all we did for Theresa May, the ERG and Boris Johnson, they’ve dumped us),

the sectarian card (don’t vote for Themmums) and

the Union card (Johnson’s Deal means we’re well down the slippery slope to a United Ireland).

What does the DUP want?
1)The Union for its own sake because they are convinced they deserve dominion.
2) To repress human rights (abortion, same sex marriage, Irish language) so as to suppress others

What are the DUP like?
They are pro-Brexit and would accept no Deal if needs be. They want to remove as much interconnection with the south as possible and build the wall with the Republic as high as can be.
They believe they are morally superior to Irish nationalists/ republicans,people who are involved in  Irish language, culture and sports, women of fertile age, gay people. They display no empathy and plenty of contempt for all of them.
They engage in sectarian point-scoring using loss of life and other people’s pain and suffering for political gain
They are involved in corruption and scandals – the latest being the “Cash for Ash” heating debacle (official enquiry report pending) and Ian Paisley Jnr’s exotic holidays

Why do NI people vote for them?

Because they support such views. Like the DUP, they have an exaggerated view of their own importance and place in the UK.
The DUP represented a form of revival of the pre-1972 Orange State with their thrilling “confidence and supply” arrangement with the British Conservative party (“bribery for votes” said some) and their foray into Westminster power-broking.

What have the DUP achieved?
An ideological and intellectual cul-de-sac for Unionism. Nobody can say what, if any, are the benefits of the Union – apart, of course, from being convinced they are  “British subjects” while the English define them as “Irish people in the UK”.
An empty hard-line Ulster Nationalism/Loyalism that is obsessed with the Union and cares nothing for people’s livelihoods, diversity or human rights.

How will the DUP vote on Brexit in the new Westminster Parliament?
Nobody knows.

What will they opt for? The Tory’s current Withdrawal Agreement? Labour’s renegotiation? a Second Referendum? the Lib Dem’s revocation? the Brexit Party’s policies if it wins any seats?

“A Jeremy Corbyn government would be bad for Northern Ireland and in a hung parliament we would not support him to be prime minister,”

NI will be left to ride the

Query: What to do if my favourite party is not on the ballot paper and neither are others I might support?

Recommendations: Go and vote for one of the parties left on the ballot paper. Use your vote wisely, but use it. Your ancestors  fought hard for you to have it. Think of the future, not the past