I’m in an earthquake situation friends,

7.10  pm This evening  my late class was  quietly finishing the writing assignment I had set for them. We were in a ground floor room in the university.

Short, sharp earthquake . Clearly felt. Some students were very frightened.Attempted to crawl under desks for protection. 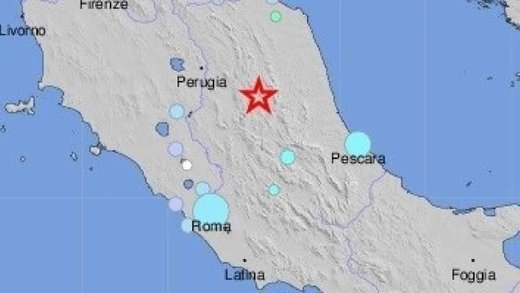 I got home myself, had something to eat, watched the local TV news and learnt it had been a fairly close 5.3 at the shallow depth of 10 Km. It was felt as far as Rome and Naples. The TV announced all local schools were closed tomorrow (27th Oct 2016).

9.18 pm Just now we were hit by a stronger  longer quake – cats terrified, lamps shaking, CD stack swaying as if in the wind, thunder and lightning striking. It went on and on and on, like one wave after another.

They are saying it was a 5.9- 6.3.Much stronger than the earlier one. In the same place. It was felt as far north as Venice! And seemed much closer to the surface than the 6.2 quake on 24th August which killed nearly 300 people. Add in the pitch dark, thunder and lightning!   Churches and buildings collapsed. Roads blocked.Threats of landslides. Residents panicking. The TV says people should keep calm! Easier said than done!

How do I feel?

Nauseous, headachy, upset, ill-at-ease. Unwilling to leave home and sit in the car in a thunderstorm. In  the pitch dark, in some open place, hoping the next quake doesn’t hit there.

I don’t know.I don’t think so.  I can’t do anything to prevent the next earthquake or mitigate its effects. Maybe fatalistic.

As my grandmother used to say “if you’re born to be hanged, you won’t be shot”

It’s going to be a long, long night.