The Brexit Clock is ticking in an ever downward spiral for the UK as it contends with M.Barnier’s team of highly prepared professional EU negotiators.

The British PM is off on yet another walking holiday (in the EU!!!), after dumping loads of unwelcome legislation on a Parliament that was busy packing up for its holidays.

Westminster will only re-convene for a short time in September before junketing off  for another month or so to indulge in  a series of Party Conferences.

PM Theresa May   allegedly  left a message she was refusing to meet with Ms Sturgeon, the Scottish First Minister

And to bought and paid for Arlene Foster

“Lets never mind Catholics, Nationalists, Republicans and Anyone Else who voted remain in Northern Ireland”

To both Scotland and Ireland her message is:

So if that ultimate insult to Scotland’s First Minister  really happened  . . .it’s time for a little concert .

Time to get back to our roots.

Time to remember our shared history in Scotland and Ireland

Query: What is Brexit but an act of aggression against Scotland and Northern Ireland  (which voted against it) and against our gallant allies in Europe?

Comment: Such a passel of knaves in a nation!!!

Here are two Irish songs written at the time of Culloden.

Recommendations: Skip the background info and words if you want.

Just listen to the songs to appreciate their emotional appeal!!

Mo Ghille Mear is a traditional allegorical song – similar to the Gaelic poetic form of the Aisling – in which the poet speaks as Ireland and laments the departure of Prince Charles Edward Stuart (Bonnie Prince Charlie).

As is customary, the poetic text portrays the land in decline in his absence. The drum used in this recording is the Irish single-headed frame drum, the bodhrán.This version is sung by the choir of University College Dublin (UCD)

And there is no word of him, alas

The pleasure of the cheerful cuckoo at noon is gone

The affable nobility are not bothered with sport

He is like Young Aonghus Like Lughaidh Mac Chéin of the great blows Like Cú Raoi, great son of Dáire of the gold Leader of Éire strong in pursuit Chorus

Like Conchubhar venerable son of Nás of the tradition

The pleasant chieftain of the musical [Fenian] Branch Chorus

Our next song is better  known.

Óró, sé do bheatha ‘bhaile  is also  associated with the  cause of Scottish Independence  as it dates  to the 1745-46 Jacobite Rising. It calls the warriors back home in retreat to fight another day.

It became very popular in early 20th century Ireland as Padraig Pearse, one of the leaders of the 1916 Rising, changed the words to suit the circumstances.

ENGLISH: – Welcome oh woman who was so afflicted,

It was our ruin that you were in bondage,
Our fine land in the possession of thieves…
And you sold to the foreigners!

Gráinne O’Malley is coming over the sea,
Armed warriors along with her as her guard,
They are Gaels, not French nor Spanish…
And they will rout the foreigners!

May it please the King of Miracles that we might see,
Although we may live for a week once after,
Gráinne Mhaol and a thousand warriors…
Dispersing the foreigners!

Remember: This is who we are and who we come from! 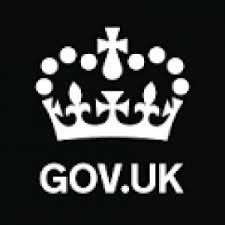 News of the latest round of Brexit negotiations tomorrow may not be great as  M. Barnier threatens to stall talks until the UK comes up with some feasible proposals.

EU figures in Brussels are “baffled” by how unprepared the British side is.

Query: including the Prime Minister? 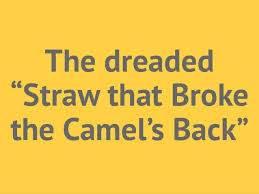 Scottish First Minister Nicola Sturgeon teaming up with Welsh First Minister Carwyn Jones to SCUPPER Theresa May’s DUP deal which Ms May described  as just something that “happens in politics”.  .

Here’s what some people in Scotland think of our Arlene and the Tory-DUP pact! 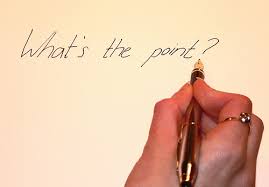 The second part of Joe’s article deals with convincing Unionists/Loyalists that they have everything to gain in a Re-United Ireland.
They may well have – but

They don’t want it under any circumstances

Convincing will have no effect.

“the DUP should condemn 11th night bonfires, the UDA and the UVF”

And so on and so forth

Advise and Suggest as much as you want –

Suggestions, recommendations, pleas for rationality, friendly outreach,  have made , and will make, no or a minimal  impact on DUP/Unionist/Loyalist/Orange Order behaviour.

They will in fact just drive them into contrary behaviour patterns and further intransigence.

Time to stop, call a halt 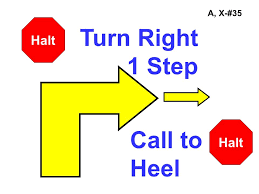 They may appear to be a large majority in Northern Ireland but they are not.

Begging, pleading with Unionists/Loyalists/Orange Order to consider, accept, mitigate their attitude towards the Irish Nationalist/Republican  point of view has got us

and Catholics/Nationalists/Republicans keep waiting and hoping that they will change and treat us well,

or at least not harm us , then we are being abused.

Time to press on regardless for what we want

If Unionists/Loyalists can fit in – fine

If they can’t – they’ll have to learn to 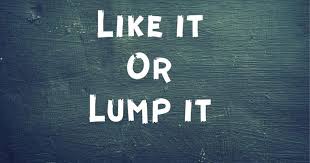 I hadn’t planned to write anything more about the 11th July night in Northern Ireland.
I’ve written so many posts about it. You can search through the archives and read them all, if you wish.
It’s the same old, same old sectarian hate-fest that’s been going on for years and years and years – an exodus of ordinary decent people from the North of Ireland (unless they live in some upper-class secluded area where they neither see nor hear no evil) , lawless bonfire collectors and builders, danger and damage to houses, a set-piece of  hate crime

the now defunct RUC or the

PSNI, stand back, watch and mouth platitudes about “not being able to do anything”

You get your salary for combatting hate crime.

When are you going to start earning your keep?

Unionists/Loyalists say “it’s our culture. It’s just a fun-day/evening/night out for the childer” as they burn the flags of the Republic of Ireland, Poland, and anywhere else that’s the object of their irrational hatred this year.

They burn pictures and effigies of Sinn Fein and SDLP politicians, Republican hunger-strikers, emblems of the Catholic religion.

They  would probably burn a Catholic too if they could get their hands on one!

They endanger their own houses and hospitals.

An Orange bandsman plays his flute during the 11th night bonfire at the Belfast New Mossley housing estate in 2015 CREDIT: CHARLES MCQUILLAN

Query: Who do you think you’re fooling?

This year the DUP’s narrow vision will be on parade with the whole UK watching.

Remember: One-third of  DUP  members  belong to the Orange Order.

Over half of DUP elected officials are members of the Orange order,

A  majority of the 10 MPs  currently propping up the Conservatives are members of the Orange Order.

Tonight Orangeism/Loyalism has truly plunged to the depths of its anti-Catholic, anti-Irish prejudice.

No doubt it was emboldened by the DUP hold over Mrs May and the Tory administration in Westminster.
A bonfire on Clonduff Road, East Belfast has strung up a black coffin with a picture of the late Deputy First Minister of Northern Ireland, Mr Martin Mc Guinness

You may remember Mr Mc Guinness died of a serious illness earlier this year.

Mr Clinton, former President of the USA spoke at his funeral which was attended by statesmen from all over the world.

These are the hundreds, if not thousands, of people the Unionists/Loyalists have now offended profoundly.

Mr Mc Guinness spent the last 20 years of his life trying to reach out to DUP leaders as representatives of NI Unionists and bigots, the Orange Order and Loyalist paramilitary organizations.. 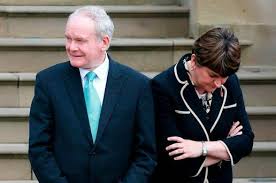 He got nowhere – as he himself admitted in the end.
Unionist and Loyalist MLAs wouldn’t even say “Good morning” if they met him in the lift or along one of Stormont’s interminable corridors.
Rumours (which may or may not be true) are that the man behind this bullying policy of “sending Sinn Feiners to Coventry” was allegedly no other than our very own North Belfast MP, Privy Councillor, Arch Orangeman, Doddsy himself!

Comments:  1) There is something very very sick in these people.

This behaviour is beyond abnormal .

It’s pathological! It’s the product of a diseased mind.

2)  Some non-Unionists in Northern Ireland  said:

“this was to be expected”

“ it’s not even surprising”

“I was surprised there weren’t more, to be honest”

Queries: How do you feel now, PM Theresa May?

You  bribed a bigotted sectarian party any decent person would be ashamed of – just to keep you in power?

Is this what England wants?

Is this what Wales and Scotland want?
Because you need to know – this is what NI has had for over 100 years
Her Majesty’s Roman Catholic subjects in Northern Ireland have faced unrelenting violence, bigotry and sectarianism for over a century, supported by all Westminster governments.

Irish Catholics and non-Unionists feel alienated from the UK?

And you wonder why some would do anything to escape your grasp?

Even hunger-strike to their deaths?