“We declare the right of the people of Scotland to the ownership of Scotland and to the unfettered control of Scottish destinies, to be sovereign and indefeasible. The long usurpation of that right by a foreign government has not extinguished that right, nor can it ever be extinguished except by the destruction of the Scottish people”.

Queries: Remind you of anything? Maybe this?

The 1916 Proclamation of the Irish Republic

“We declare the right of the people of Ireland to the ownership of Ireland and to the unfettered control of Irish destinies, to be sovereign and indefeasible. The long usurpation of that right by a foreign people and government has not extinguished the right, nor can it ever be extinguished except by the destruction of the Irish people”

Unlike the 1916 Proclamation of the Irish Republic which proceeded with a call to arms, the 2022 Scottish Proclamation proceeds with a call for signatures, with the aim of setting up  a modern, Scottish National Congress, “to defend and assert our rights and to end the abuses of a foreign government that now threatens our lives and very existence as a nation”.

You can support it by signing up here  https://liberation.scot/index.php

Remember: No spaces as you type in your name. Check spam folder if verification message does not arrive immediately.

Comment: I presume they welcome all supporters, not just Scots in and outwith Scotland

Queries: Will Nicola Sturgeon and the SNP join in with this? Will they  make it public if they sign it?

Reaction: really emotional to watch people laying flowers in memory of the victims of the Union, so glad I went along to take part.

Neale Hanvey MP (Alba party) made a speech that was dedicated

It started: “I was not born a Scottish nationalist, but I am very proud to be one. My early years were imbued with the unionist exceptionalism of Northern Ireland”

The SSRG (Scottish Sovereignty Research Group), a non-partisan Scottish think-tank which was set up in 2020 and has upwards of 16 members,  welcomed and endorsed The Edinburgh Proclamation, describing what they envisaged  the Scottish National Congress could be.

Remember: Watch out for further developments!

Comment: The 1916 Proclamation of the Irish Republic is the Foundation Document of Modern Irish Nationhood. It is perhaps the single most important and most iconic document in the context of Modern Irish History.

Query: Will the 2022 Edinburgh Proclamation resonate in  the same way throughout the Scottish nation and over time ?

I’m very confused as to what’s going on with Brexit, the UK Government and its Constitution at the moment.

Ben: Don’t worry. You’re  meant to be. For several reasons.

It’s just the out-playing of the Brexit Curse

1) PM Johnson’s  position is utter nonsense. We don’t know whether negotiations with the EU are on-going or not. The EU doesn’t know what the UK wants. It has just produced a series of “non-papers”  with “non-ideas” in them and told EU negotiators not to show them to the EU Heads of State.

Comment: For the series “here’s what we might want, but don’t tell anybody because we know it’s stupid. That’s why we won’t admit we want it”

Last Thursday the Brexit Secretary Steve Barclay appeared to threaten Ireland with medicine shortages and Spain with devastation to its fruit and vegetable exports, as well as its tourism and fisheries industries.

Comment:  The UK doesn’t seem to realise  that for the first time in centuries it can no longer boss the EU countries about, play one off against the other or threaten them  to get its own way

2)Brexit has shattered  the entire concensus UK governance was based on. 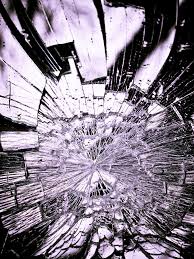 It has split people and political parties down the middle. The Tories are floundering and flailing. The LIB-Dems want to revoke Art 50 notification of Brexit.

Labour wants to negotiate a New Deal which it may, or may not support, in a people’s Vote  Referendum.

The SNP wants no Brexit even though it could be a trigger for IndyRef2.

The DUP wants NI to be exactly the same as Great Britain – even though it’s not in so many areas – power-sharing. petition of concern, LGBT and women’s rights. language rights etc,.In trying to out-English the English, the DUP support the ERG, a No Deal Brexit and to Hell or Connaught with the Belfast/Good Friday Agreement.

Comment: It’s just starting to dawn on the DUP  that Brexit-related unemployment, impoverishment and havoc, which the majority of people living in NI don’t want under any circumstances,  do not constitute a   vote winning strategy

3)Brexit has widened the gaps between England, Scotland N.Ireland and, to an ever-growing extent, Wales. People are starting to realise what the  negative fall-out  of Brexit will be, in whatever shape or form it takes. Non-English and non-Unionists resent being taken out of the EU at England’s decision  and being told their votes and opinions don’t count.

Comment: Support is rising for Scottish Independence, Irish Re-Unification and even Welsh Independence as they attempt to remain within the EU. The UK Government and Unionist parties have decided there will be no IndyRef2 for Scotland or Border Poll for Ireland. There’ll be no way out of Brexit Britain for them – not under any circumstances

4) Brexit has smashed the  so-called British Constitution and its Conventions to smithereens. 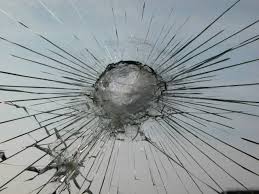 That was the looking-glass the UK used to tell itself and anyone who would listen how wonderfully democratic and civil it was and how its way was the only way to do things and order society.

Comment: The wonder is that so many people accepted this self-assessment and believed in the image for so long  – without ever  questioning it.

Why was Parliament prorogued?

Ben: The Government says to prepare a Queen’s speech.

Others say to silence parliament.

The Supreme Court Judges will tell us why next week.

Agreement with the Government signifies parliament can be suspended whenever, and for as long as. any future Government may want.

Ben: Doubt it. She knew what she was doing. If she didn’t  . .. there’s a strong argument that abdication is needed

Did the Queen know what she was doing when she  intervened in the Scottish Referendum?

As the  Queen was leaving Crathie Kirk near her Balmoral estate  after the Sunday morning service, she  told a well-wisher: “Well, I hope people will think very carefully about the future.”

What did that mean?

Ben: It was a warning along the lines of “Be careful about what you’re going to do”. Nobody says that if the other person is going to do what the speaker approves of

Comment: She interfered because she could and she wanted to.

She had to agree to set up that scene and be filmed as she spoke the (in)famous words.

Why can nobody say what they’ve spoken to the Queen about?

Ben: Because she doesn’t want them to. If nobody knows what she says or thinks she can   project the image of an impartial Sovereign who is above the fray of politics

But is she really?

Ben: She has been meeting the Prime Ministers of Her Governments every week for the past 60+ years.They regard the meetings as a privilege  because “I’m the only non-Royal that gets to see her regularly”

I doubt if their conversations have been limited to “Terrible weather we’re having! More tea? How are the children?”

Otherwise busy PM’s would have reduced the number of meetings or bowed out of them totally long ago.They would have regarded them as a tedious task, rather than a privilege

Since they haven’t, I presume she tells the PM what to do about the various issues that arise at each meeting. And s/he agrees to carry out the Sovreign’s will

The Brexit confusion has been created as the UK Government desperately flounders in a situation of its own making, flailing its arms, kicking and stamping its feet to create chaos. Brexit, besides shattering links with the EU,  risks breaking up the UK, tearing the veil of secrecy from Monarchy, and exposing how a non-codified Constitution is manipulated to suit the Monarchy and its Government.

Journalists, pundits and spokespersons are focusing on separate pieces and shards of glass

No one is making any previsions about what’ll happen in the next few hours, never mind the end of October when the latest EU extension ends.

The mirror crack’d from side to side;
“A curse is come upon me,” cried
The  UK’s Prime Minister.