February  2020: The first days of the rest of the UK’s life as a former member of the EU. Will it transition  smoothly from awkward, dissatisfied full member to  powerless little 3rd country?

Query: How long will it last in its  poorer and much-diminished status ?

Not very long . It appears to be fatally fractured  as support for  Scottish IndyRef2 and an Irish reunification Border Poll hits and surpasses the 50% mark and Sinn Fein appears to be striding towards power in next week’s Irish general election.

Scots are deeply upset and angered at losing their EU membership (they voted 62% to remain). Although some thought FM Sturgeon’s speech on Brexit Day was great, many were profoundly disappointed and disillusioned because the SNP leaders had confidently told them for years that Scotland “would  not be taken out of Europe against its will” .

They expected  over-cautious lawyer, FM Nicola Sturgeon to come out  fighting as time ran out on Scotland’s EU membership.  They were looking for ‘leadership and vision’. Instead, the

didn’t seem to have a plan or a strategy on how to protect Scottish rights as EU citizens or how to achieve independence. They had asked Independence supporters to give them a mandate for a referendum at multiple elections, then did nothing and asked for another mandate in the 2021 Scottish election. This could well guarantee them  a low vote  at these Holyrood Elections, due probably to low turnout rather than voting for other parties. Nicola Sturgeon’s speech  has effectively cut the SNP and the Scottish Government adrift from the grassroots Yes movement.

The SNP failed to 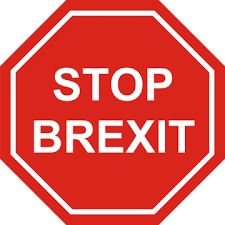 for Scotland. Since the Brexit referendum  the Scottish Government has focussed more on  stopping Brexit than stopping the imposition of  Brexit on Scotland.

This approach had no way of succeeding. There was no reason why Scotland could, or even should, have altered Brexit, a decision made by the English for England.   Since 62% of the Scots had voted against Brexit, the task for Scottish MPs, MSPs and  MEPs  should have  been to  make sure Scotland wasn’t involved in Brexit in any way.

The second strand of  SNP’s strategy for independence, indeed according to FM Sturgeon “the only  way that it would be recognized internationally”,  was to request Westminster  for a section 30 order for Indyref2. Both times (2016, 2019) requests  were refused by Prime Ministers Theresa May and Boris Johnson.  In her speech, FM Sturgeon repeated she would  simply  ask again at a later date. So  the First Minster’s  approach to achieving Independence through Westminster has already failed. Twice.

Comments: No MSP, MP or MEP has publicly described an alternative route to independence. Scottish Independence will hardly be accomplished by hoping Westminister  sees Scotland’s point of view when it’s in its interests not to.

“But David Cameron did”.

He did indeed. Westminster granted a Section 30 order for a referendum on Scottish independence when support  was running at 25% and it was more than likely to lose.

PM Johnson is not going to concede a Section 30 with support for independence running at 50% and likely to win. No British PM wants to be the one that loses Scotland.

Comment: Despite the high  SNP vote, Scotland is now  in a very bad position vis-à-vis Independence and EU membership.

Comment:  FM Sturgeon would be forgiven if she lost, but she will never be forgiven for not trying

Comment: No wonder the sound of SNP membership cards being ripped up  echoed voices demanding new SNP leadership over the weekend. It’s not clear where the Scottish Independence movement goes from here. As a national movement, it reflects many strands of political opinion and many personality types,  from the gradualists and constitutionalists, to the patient and tortoise-like movers, the reckless and impetuous shakers,  the impatient and the stubborn!

Here are some of their thoughts at present:

Scotland would be sad to lose Nicola Sturgeon’s managerial abilities. She has done a lot for the country and its image abroad.

Advantages: If Nicola Sturgeon continues as First Minister but has no responsibilities for delivering Independence it immediately gets rid of “the get on with the day job” line of  attack.

Advantages: No more eggs in one basket. No more reliance on only the SNP. Scotland has only one choice really, and the SNP are trying to do the impossible and appeal to all. 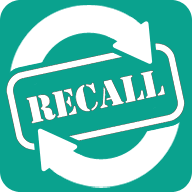 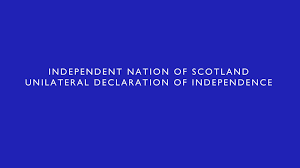 9 thoughts on “What now, Scotland?”