As Harland and Wolff, symbol of sectarianism in Northern Ireland, enters bankruptcy, we spare a thought for the 120-130 workers who are losing their jobs and the hardship their families will face.
We spare another for Catholic workers who underwent terrible pograms in this bastion of Unionism over the years.

For example: Wed July 21st, 1920
“The shipyard anti-Catholic pogram was brutal. Men recalled it for more than 30 years afterwards, Catholics with fear and more tolerant Protestants with something like shame.
Gangs of men armed with hammers, bars of iron, wooden staves,loaded revolvers roamed over the shipyard, asking who was Catholic and who was not.Many Catholics tried to escape by swimming across Belfast harbour. They were pelted with rivets, iron nuts and bolts, pieces of sharp steel”

The Mirror is not particularly upset that H&W is in the hands of administrators
We hope the administrators factor in removing those ghastly Samson and Goliath gantries,

eye-sores on the Belfast landscape, on which their Unionist and Loyalist  sun is setting
Their maintenance costs. Good money for creditors could be got from their scrappage

Query: Will Belfast be rid of these symbols of Unionist domination, sectarianism and economic failure?

Query: Did the DUP leverage their “confidence and supply agreement” with the Conservative Party to gain support for H&W workers?

If so, they got nowhere –

The UK Government said the issue is a commercial matter.

Comment: which only goes to show how much the DUP count in PM Johnston’s Westminister Government, even though it has a majority of only 1

Remember: The Loyal Orders are not what they once were

They are in marked decline due to an ageing demographic,  no young members, general disinterest in the Orange Order as a vehicle of religious Protestantism  and political  Unionism

And the crowds of spectators just are not there

Remember: An Orange Order  parade consists of three parts: the Orangemen, the Flute bands and the spectators. And if the audience is just not interested in turning out to watch ….

If the  DUP didn’t attempt leverage, it shows they don’t care about their voters.

a “Red, White and Blue” Brexit – to “ strengthen the Union”

*Make Remembrance Day a bank holiday
*Set up a new cultural institution for Northern Ireland.
*Build a bridge from Scotland to Ireland (PM Johnston’s latest idea for an impossibly unfeasible Bridge Too Far)
*Promote NI as it marks its centenary in 2021,
*Put flags on car number plates.

Remember: As the Scots say “If it’s got a Jack, put it back!”

Recommendation: Don’t buy local NI produce that is identified as “Made in Britain” and/or carries a Union Jack

And talking about the Scots, the Mirror would like to congratulate them on the support they are displaying for Independence according to  the latest poll by Conservative Lord Ashcroft,

Comment:  Ashcroft didn’t ask anybody in the 16-18 age-group or EU nationals living, studying and working in Scotland. Otherwise the swing to Independence would probably  have been even greater. 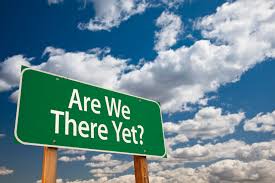 My Scotland poll: Yes to independence takes the lead

2 thoughts on “The DUP Paper Tiger”