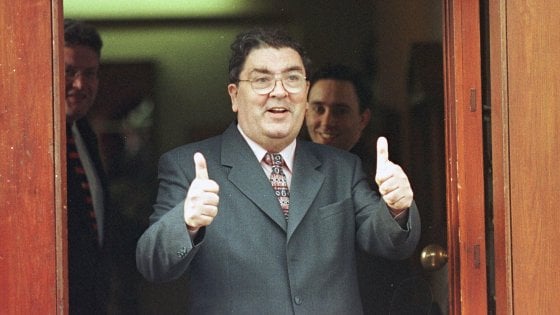 A sincere man of integrity and courage, he was the only person in the world to have received the Nobel Peace Prize, the Gandhi Peace Prize and the Martin Luther King Peace Prize. Pope Benedict XVI made him a Knight Commander of the Papal Order of Saint Gregory the Great.

Profoundly grateful for the peace his commitment led to, mourners commemorated his dedication to non-violence and EU ideals. Thanks to his determination and perseverance, peace became feasible in a Northern Ireland that had been ripped apart by 50 years’ Unionist misrule of their Orange State and 30 years’ unrelenting violence. 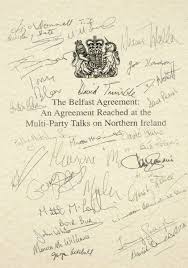 John Hume’s achievement was enshrined in the Belfast Agreement a.k.a. the Good Friday Agreement. Conditions were that Northern Ireland remained part of the UK, citizens/subjects could choose to be British, Irish or both and had a legal right to aspire to, and have a referendum for, a Re-United Ireland.

Comment: Its two names illustrate the shaky foundations the Agreement was built on, the first exemplifying Unionist/Loyalist determination to hold on to “their” Northern Ireland and the UK as their political rulers and the second, the alienation of Catholics, Nationalists / Republicans from the same.

Over the years, diatribes have taken place over place-names like Derry vs Londonderry, the North of Ireland vs Northern Ireland and how weather and other maps depict Northern Ireland, 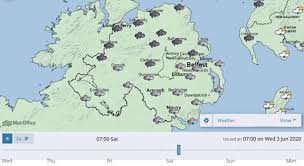 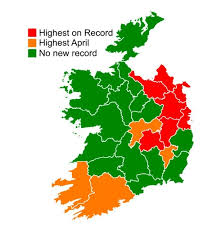 *They show how far short of Hume’s aims his Agreement falls in its outworking of even very minor points.

*The Agreement has failed to lessen sectarianism and racism in Northern Ireland.

*Stormont, Northern Ireland ‘s Assembly has been beset by a stop-go history.

*The political influence of the Loyal Orders and Loyalist paramilitary groupings within Unionism seems untouched. 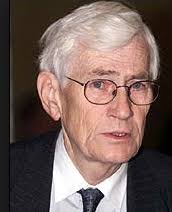 1)The late Seamus Mallon, John Hume’s deputy in the SDLP,  famously stated in 1998 that the Belfast Agreement was ‘Sunningdale for slow learners’.

The 1998 Agreement is structured to mirror Westminster’s 1973 “power-sharing” proposal, the Sunningdale Agreement,  which the Unionist Workers’ Strike killed off after 8 months.

Comment: In 1998 times had changed since 1973 and a lot of water had flowed under the bridge. People were certainly war-weary and desperate for peace but . . . .

Query: Did nobody ever think  that it might not be the best idea to lock 2 opponents into a 6 county room and tell them to get on with it, under new rules?
And tell the one that wants out

“I’ve got the key and I’ll decide, on nebulous criteria, when you get out?”

2)Add in little follow-through over the years from governments as they pursued laissez-faire, shrink the state, neoliberal policies of austerity. 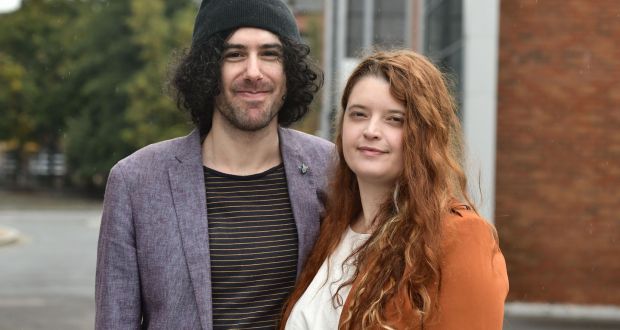 Derry woman Emma DeSouza. She asserted that the British Home Office’s insistence she is British “goes against the spirit and purpose of the Good Friday Agreement”.
The DeSouza case showed how remiss Westminster was in implementing what it had signed up to.

3)Unionist/Loyalist intransigence and “not an inch” attitude towards equality for nationalists and republicans, women, the LGBT community and Irish speakers. You’ll find lots of posts about all these topics in this blog.

Remember: Unionists/Loyalists are profoundly anti-Irish, almost paranoic about even acknowledging the existence of an Irish cultural identity in Northern Ireland. Note their mindless, pointless accusations of “weaponising” the Irish language and refusal to legislate for it until very recently.

Gregory Campbell’s towards Irish speakers.
“I vill not be tempted to ask vot is dis curried yoghurt, mein herr.”
“curry my yoghurt, a can coca colyer.”
A semi-phonetic parody of “Go raibh maith agat, a Ceann Comhairle”

Comment:  There are quite a few Gregory Campbells in NI and even more people snigger in support of his remarks.

“All the participants, including Republicans, consented to an Agreed Ireland. But any Agreed Ireland, by implication subject to the agreement of the Unionists,could never have been a united Ireland.

Arlene Foster, leader of the DUP, First Minister at Stormont
“Irrespective of the view in Dublin or Brussels, a border poll can only be called by SoS if it appears likely to secure a majority in Northern Ireland.

No such circumstances exist in Northern Ireland”.
She also spoke for the Republic of Ireland
“Sinn Fein’s rise is based on domestic policies like housing and health, not the Irish republic’s appetite for unification”.

6)Unionists/Loyalists say that discussing re-Unification would be like Turkeys talking about Thanksgiving and Christmas.

Query: Don’t they gobble to each other, passing down tales of forgotten battles and massacres, feeding of fear and resentment as they march around their coop, knowing their Master in the Big House over the water is ready to sell them out at the right time?

the Master just got a border drawn up east of the farm, rather than round the periphery “cos it suits me better”. Though Nigel Dodds,

their former MP, did get a peerage for his pains

Query: And don’t they know that, when circumstances are favourable,

the lad that’s locked into the turkey farm with them has his hand on his phone, ready to call the vet at the right time of year for Turkey dinners?

And then he’ll  close the place down

Whether they agree or not?

Wouldn’t talks on an Agreed Outcome lead to a better fate?