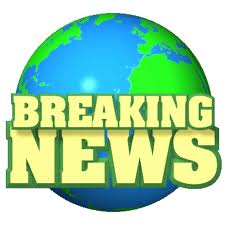 Last night, already known as the Loyalist Heritage Night , Irish owned businesses in Ulster were attacked by thousands of Loyalists in the UDA,.UVF, DUP and the Orange Order. Bars, banks, and grocery stores were looted. Shops were destroyed, their windows smashed amid cries of ravaged Irish dancers, echoing through the glass-strewn streets.

Hundreds of Irish were killed in the raids, and countless more sent to concentration camps, scattered throughout Ulster. 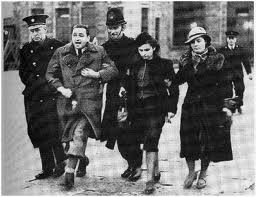 Martin McGuiness and his SF Stormont Ministers were allowed to go AWOL.
According to a report by Human Rights Watch, Amnesty UK and Ireland. Adams and Kelly were verbally abused and carried by landrover to Dundalk and told not to come back.
After releasing the report, Human Rights Watch and Amnesty were closed down for publishing government information under the Official Secrets Act.

“Our mission is to defend our Ulster homeland,” Willie Frazer. was quoted as saying.

The PSNI are currently considering Willie Frazer’s exhortation to arrest every Fenian in South Armagh, which essentially is the whole population.
Making sure Fenians have no place to hide, the UVF searched the Belfast to Dublin train
Buses are banned because they carry too many suspicious travellers.

On July the 12th, Irish pedestrians are advised to stay indoors, while Fenian sweeps take place to arrest thousands of Taigs in the Belfast area alone.

From July 12 under enacted Stormont Laws, Taigs are banned from driving or operating motorized vehicles as well as all diesel fuelled machinery that includes tractors.
The Stormont Laws withhold all banking services from all Fenians entirely, including their bank cards, requires Fenians to register their property and sets limits on the amount of wealth a Taig can have, while totally excluded from all banking services. 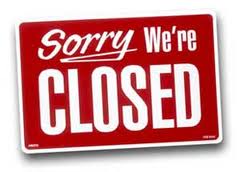 Taigs are also denied the full protection of Irish and UK citizenship, including loss of habeus corpus and the rights of 800 year old Magna Carta to due process, court-appointed council, protection from arrest without probable cause, and being brought before a judge within 48 hours of arrest.

Catholics will be arrested for praying in the wrong way, particularly the Lords Prayer, for kicking with the wrong foot, for being engaged in photography, possession of computers, use of Gaelic emblems , facing away from the Union flag, trespassing on the property of hotels they are checked in to and smiling, particularly at murals in Belfast.

According to an evangelical leader of the Orange Order , “Bitter complaints have come in from countless places citing the provocative behaviour of Gerry Kelly, who interfered with British policing.

“To prevent vigorous defensive action by the Loyalist people, we in the Orange Order have no choice but to contain the problem through legislative measures in Stormont. It may be possible, through a definitive secular solution, to create a basis on which the Ulster people can have a tolerable relationship with the Taigs. If this fails, it will be necessary to create a final solution.”

Cultural traits of Loyalism:
1)OBSESSION WITH FLAGS:
a)Hang the Union Flag everywhere and let it rot into tatters

b)Attack/threaten anyone who tries to remove it ”How dare you take down our fleg?”

Tensions simmer in Northern Ireland months after flag protests
A fight over the Union Jack has released the kind of animosity many believed was history. http://www.globalpost.com/dispatch/news/regions/europe/united-kingdom/130430/belfast-northern-ireland-flag-protests

c) Loyalists want you to respect their flag while reserving the right to burn yours.
“Your flag is foreign and it is part of our culture to burn it…”
http://www.u.tv/news/MLA-has-no-problem-burning-Tricolour/5852FFC7-F339-4FE5-A934-E38680AB5BAF

2) OPPOSITION TO IRISH REPUBLICANISM
Ideologically, Loyalism is typified by a militant opposition to Irish Republicanism, and often also to Roman Catholicism. It stresses Protestant identity and community with its own folk heroes and events, such as the misfortunes and bravery of the 36th (Ulster) Division during World War I and the activities of the Orange Institution. Loyalists founded the Orange Order in 1795. Loyalist paramilitary groups include the Ulster Defence Association (UDA), Ulster Freedom Fighters (UFF),Loyalist Volunteer Force (LVF), and the Ulster Volunteer Force (UVF). loyalist.askdefine.com

3)ACTS OF PROVOCATION against Republic of Ireland, Poland and fellow NI citizens
a) 11th night bonfires: (11th July) Burning Tricolours , Polish flags, Car tyres , old furniture and wood pallets to the value of tens of thousands of pounds An evening of drunken hate with the ubiquitous KAT(Kill ALL Taigs (Catholics) signs 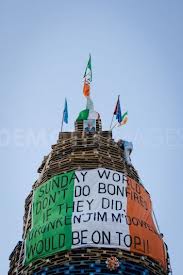 b)The Environment: the pollution caused by the bonfire will affect the health of everyone who lives any were near it or who goes to watch it burn
Taxpayers: have to pay for the clean up operation
c) Burning cars/buses with Eire number plates

http://www.u.tv/News/German-delegates-car-burned-out/dba71b40-c99c-4f17-974d-3ade9f4716c8
Credit Union bus attacked in Belfast riot PETROL BOMBS THROWN THROUGH WINDOWS BY LOYALIST PROTESTORS http://www.independent.ie/regionals/enniscorthyguardian/news/credit-union-bus-attacked-in-belfast-riot-28974674.html
MARCHING
Up to 3.000 marches a year, accompanied by beating drums, wearing funny clothes and colourful sashes and annoying papists for three months of every summer and at every other opportunity

MARCHING WHERE THEY’RE NOT WANTED:

The Marching Season is viewed too tragically, and presented too tragically in the press; Stormont , the SOS and the Parades Commission do not seek to end it. If the crises can be contained, Stormont will gladly do so. The great independence of the Orange Order makes it difficult to rule Northern Ireland under the GFA. There are too many paramilitary bands, who have hatred at heart.
The Marching crisis, however, is no shame, but rather an annoyance and an expense. You are perhaps too educated to put up a veto – you are too critical. Public opinion wavers; the press is not public opinion; we know how that arises. The MLA, however, have the task of standing over public sentiment, and of guiding it. Once again I am calling on the political leadership of unionism and loyalism to state clearly that these attacks must stop immediately.
Your minds are clouded by history and you prefer its armour which is too great for your small Province to carry. Instead you should put History to your service.
Eire does not look to the UK’s liberalism, but to its power. Tyrone, Armagh, and Derry would like to turn to Eire, but they shall not assume Ulster’s role. Ulster must collect its forces for the favourable occasion, which has several times been neglected; Ulster’s borders are not favourable to a healthy national life.
Not by speeches and decisions of the UVF and the Orange Order will the greatest problems of Ulster ever be decided – that was the mistake of 1912-20 and onwards- but by Ulster’s people and equality laws.
This olive branch (he drew it from his memorandum book)

I picked up in Avignon, to offer, as a symbol of peace, to the UVF, Fleggers and Orange Order:
I see, however, that it is still not the time for it.

We cannot allow those opposed to a shared future and a better Northern Ireland to dictate how we live within our communities.
Maire Hendron, Alliancehttp://www.u.tv/News/Living-at-interface-is-soul-destroying/1ea2e61d-1e6d-47f7-b824-4ca9ef3d4cb9

I come to bury the Ornge State, not to praise it;
The evil that men do lives after them,
The good is oft interred with their bones,
So let it be with the Ornge state… Catholics
Hath told you  it was pernicious:
Since it were so, it was a bigoted fault,
And grievously will Norn Iron answer it …
Here, under leave of Catholics and the rest,
(For Republicans are honourable men;
So are they all; all honourable men)
Come I to speak at the Ornge State’s funeral …
It was not our friend, hateful and unjust to us:
And Democrats say it was pernicious;
And Democrats are honourable men….
The Norn Iron State interned many Fenians ,
Whose presence did the general prisons fill:
Didn’t this in the Ornge seem pernicious?
When poor RCs cried, the Ornge hath smiled:
Harm couldn’t be made of sterner stuff:
And Nationalists say it was pernicious;
And Nationalists are honourable men
I speak not to disprove what they spoke,
But here I am to speak what I do know.
Protestants all did love totalitarianism once,
What cause stops them now from burying it? 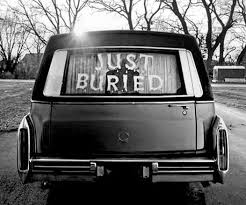 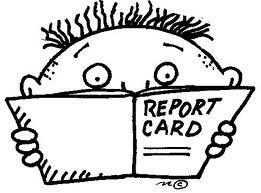 Miss GFA Ulster is a young lady not unworthy to occupy a fitting position in her parents’ polished and refined circles of international peacemakers and business people.

This therapeutic strategy has attempted to remedy those defects and extreme points of view  which characterized Miss GFA Ulster’s birth and station as the problem child of her parents’ separation.

The young lady’s unhealthy obsession with marching and her appalling outbursts of bigoted protestations and dissident violence still, on occasion, aggravate her parents and therapists and prevent any further investment in her.

Miss GFA/BA continues to blackmail her father emotionally. She protests total but conditional loyalty, and demands large sums of money to continue on her path of rehabilitation.  She also makes affectionate demands on her mother, who  now finds she is too old and too poor to cope with such  hopes and ideals, which indeed underlay her own divorce.

Miss GFA Ulster  still does not  carry within her heart a dedication to the well-being of all her citizens and remains unhealthily obsessed about what religion and allegiances they profess and what they did in her childhood. Despite this, she will hardly be found unworthy of more visits from her parents and the patronage of Presidents and other Heads of State.

In music, in dancing, in orthography, in every variety of embroidery and needlework,  the Derry/Londonderry City of Culture and the Titanic Exhibition show Miss GFA Ulster will be found to have realized her parents’ fondest wishes.
http://www.u.tv/Entertainment/Culture-Quilt-on-display-for-Craft-Month/5cf2ae40-6d41-4eb0-9fc3-9d7c5c607f31

There is  still much to be achieved; the positions and roles of the EU and the USA  puzzle her.

Careful and undeviating study and application  of the UN and EU Declarations of Human Rights, for four hours daily during the next three years, is recommended.Commitment to equality is a prerequisite for every fashionable Young Lady Province.

“Item, a preparative and gentle initiative, to soften, moisten, and refresh the attitudes of Flegs people – £500,000.”

What I like about my Chief of Police, is that his approaches are always civil.  All the same, Mr. Chief Commissioner, it is not enough to be civil, you must also be reasonable, and never, ever thwart the predomination of Loyalist people. We have enough to put up with – not seeing our Fleg day in, day out – 24/7 as that upstart of an American would say.

He bangs a Lambeg over and over again. No one comes. He sees he is alone

My drum doesn’t make enough noise. It’s just as if I didn’t bang at all. They don’t listen. 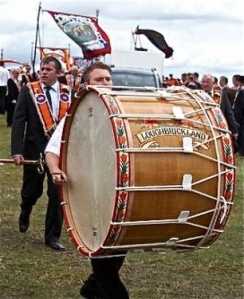 Of May right to the root, and bathe each sprout

With bigotry of such power

That it brings forth the Orange sour;

When bands with  loud drums blare

Through  roads and streets,  fanfare

For  followers and  Loyal families,

And bonfires blaze all night, mouths open as can be

To cheer as flames on Taig flags dart,

On Marches then Ulster folks desire to start.

The Loyal Orders long to march miles and miles

Through town and city streets renowned in sundry lands;

And specially, from every county’s end

Ulster feet  to the Field they wend:

To rejoice in “Protestantism” is their will,

To walkover Catholics is their skill.