On 27/5/2020 the European Commission opted for a Covid-19 recovery instrument called Next Generation EU. It’s a 750 billion euro ($824 billion) aid programme to fight the economic repercussions of the pandemic in member states.

Its aims are to:
* protect lives and livelihoods,
* repair the Single Market,
* build a lasting and prosperous recovery

In line with the EU’s founding principles of an ever-closer union, economic and social progress among the people of Europe, Next Generation EU contributes to achieving the EU’s essential objective of constant improvement in living and working conditions. Setting up the programme indicates real social solidarity among EU countries and confirms their sense of purpose and unity.

Tacitly it admits that neo-liberalism’s rule by money, unfettered competition and the “free” market had failed to  look after people adequately and was unable to provide for them in an emergency situation like the Covid-19 pandemic.

Thanks to globalisation and cost-cutting, PPE, ventilators, test reagents and swabs were poorly stockpiled, in short supply with little or none produced in-house.   EU countries struggled to cope with supply lines, few hospital beds, small medical and nursing staffs and exhausted and underpaid healthcare workers. They had to face up to the consequences of shrinking the state and reducing resources to the minimum.

Neo-liberalism fell by the wayside. Just another Covid-19 victim.

Europeans started to think differently about intractable, austerity-linked  social problems, their own priorities and aspirations and what they really need.

What about the UK? Will it share in the programme?

The UK is no longer a member state. Its transition period ends on December 31st of this year.

As a ‘third country’, it plays no part in the EU’s institutions, has no input into discussions or decisions about the EU aid programme and will not share in it. Leaving the EU means the UK is also leaving the common agricultural policy (CAP), which currently funds UK agriculture to the tune of £3.5bn a year.

What if “transition” is extended?
So far, the UK government has refused to extend the transition period saying “we are not going to ask for an extension and if the EU asks for one, we will not agree to that”.

What if the EU and UK agree on a Trade Agreement?
Whether by design or  accident the EU and the UK are at present facing a no-deal outcome, or something very close to no trade deal.

As it wishes, the UK will cope alone with the highest Covid-19 death toll in Europe, the highest or next-to-highest per capita death toll in the world, the lockdown-related economic devastation and the economic hit of no-deal Brexit.

What about Scotland and Northern Ireland?

They voted  to remain in the EU
With Brexit and the Covid-19 mishandling, supporters of Scottish Independence and Irish Reunification feel they will never be completely safe until they are ruling themselves. At present, political union with England is like being bound hand and foot to a megalomaniac that is hellbent on an English vanity project.

Nothing safeguards Scotland’s interests in a Brexited UK.

Comment: Since IndyRef2 cannot be held because of the Covid-19 outbreak, Scotland should find some way to prolong transition – ideally for Scotland alone. It could be court proceedings to resile from the Union on the grounds that England has  breached the terms or to uphold Scotland’s Claim of Right of popular sovreignty against England’s parliamentary sovreignty. Whatever. The aim is to get a 2 year stay of execution, during which Indyref2 can be held and won.

Then, as an Independent country, which has complied with all EU laws to date, Scotland might be put in a sort of “holding pen” while its application for EU membership is fast-tracked

On the other hand Northern Ireland is better protected.

Thanks to the Good Friday Agreement,

the government of the Republic of Ireland and Sinn Fein MEPs managed to secure a border in the Irish Sea, rather than on land. NI  remains in the the EU Single Market and Customs Union. This is set out in the legally binding Northern Ireland Protocol which the UK is supposed to be starting to implement. Furthermore, a previous Irish Taoiseach,

Mr Enda Kenny, secured agreement that upon reunification, NI would be immediately re-admitted to the EU.  Ireland’s future Taoiseach might  be able use its share of  Next Generation funds as a sort of Marshall Plan for a United Ireland or even access some more.

Comment: A nice incentive to encourage FF and FG holding on to power in the Republic of Ireland, either by governing or by keeping on “caretaking”

Why don’t Scotland and Northern Ireland leave the UK?
1) They are under England’s control.

Westminster makes all the decisions. N. Ireland and Scotland are supposed to tag along obediently, usually without being consulted and certainly without their views being taken on board. Scotland adheres to Westminster dictats unwillingly, Unionists in N.Ireland usually with alacrity.

2) Unionism, and its associated anti-Irish sectarianism in Scotland and Northern Ireland,

Unionists are convinced they are British

and, even though Northern Ireland and Scotland include some of the UK’s and the EU’s most deprived areas, that the Union provides economic benefits and stability. They strongly support UK solidarity, 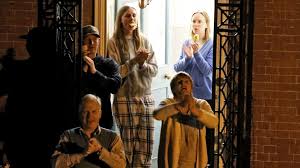 for example, by weekly clapping the NHS during the pandemic, believing it would show how little support there is for breaking up the Union.They count for little numerically within the UK

They count for even less politically at Westminster as they are prohibited from voting on English matters thanks to the law on  English votes for English laws (EVEL).

They enjoy being part of the panoply of the Offices of State and never criticise the British Government because they fear that doing so, will boost support for independence/unity.

What will Unionists do in 2021  with a hard Brexit and Covid-19 still causing havoc, perhaps in a second wave?
Like the British nation of shopkeepers they so closely identify with, Northern Irish and Scottish Unionists are self-interested and out to make money.Farmers and landowners among them will not appreciate losing their CAP subsidies

As often said “Unionists are Loyal to the 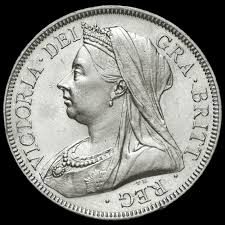 the crown”
In keeping with their determination to secure their interests and  economic benefits, some may be willing to accept something new,

particularly if Next Generation EU offers economic opportunities for them, their children and the future of their community.

against the poverty engendered by Brexit and the devastation of Covid-19.  If there are enough of them, Ireland will become a 32 county Republic as might an Independent Scotland.

Comment: Neither would have the UK’s unfair, antiquated system of government, which would contrast sharply with the rest of the former UK.

So Unionists will determine the fate of the Union?
Hardly surprising. They always have but, given their Covenanter roots,  theirs is always a conditional loyalty

“We are loyal as long as you provide what we want”

With its mishandling of Brexit and Covid-19, England has broken its side of the contract.

2 thoughts on “The EU Steps Into The Breach”