Congratulations to Sinn Fein on their marvellous success in the 2020 General Election.

What are the effects of the vote?
For the 1st time since 1918 there is a Sinn Fein TD or MLA representing every county in Ireland. North and South. Every one of Ireland’s 32 counties.

After 100 years in power and centre-right governments

no longer monopolise government in the Republic of Ireland

Transferring “left”,as Sinn Fein recommended when they realized the surge potential and panicked they had fielded too few candidates,  meant that voters  also elected many left-wing and green TDs, thus substantially changing the Dàil’s make-up and shaking up the status quo.

NB: Irish people paid no attention to tales of horror about the Sinn Fein/Provisional IRA past

or stories about the Celtic Symphony being played from a loudspeaker  on a public street.

Some Dubliners seemed aghast at

TD David Cullinane’s rendering of “ooh, aah, up the Ra”

when he was elected  (“due to over-excitement“, he pleaded). But he said

“I have never distanced myself from the IRA, or from Bobby Sands and the people who died on hunger strike, or for those who, over 100 years, were involved in the armed struggle.”

They were, and indeed are, mainly West Brits and Unionists in Northern Ireland who conveniently overlook their own neglect of, miscarriages of justice and  crimes against, Catholic/Nationalist/Republicans.

Comments: They would do well to remember there is freedom to sing and play music  in the Irish Republic.

Look forward to a gradual shift from the Brit-linked narrative of “despicable IRA criminals” to “the last-but-one phase in Ireland’s long struggle for independence from Britain, which followed on from the United Irelanders, Fenians and 1916 patriots”

What caused the surge in support for Sinn Fein?

Popular anger with the effects of the long FG and FF confidence and supply arrangement – sky-high rents and house prices which are out of reach for ordinary working people, poor health service, threats to raise the pension age to 67, house, business premises and car insurance sharks, unaffordable child care for working parents,  continuing austerity policies.

Whatever they did  FG and FF

managed to alienate yet another section of the public, until they had a minority of supporters in every working age-group. Sinn Fein carefully focussed  attention on these social grievances offering, for the 1st time in a century,  convincing left-wing solutions and alternative policies.

What did the people say?

“Sure let’s give them a try”

“They can’t do any worse than the others”

“Who’s left? We’ve already  tried coalitions with FG/FF and Labour, the Social Democrats and the Greens and got nowhere”

It played a role in fostering resentment against Fine Gael and Fianna Fail. About 70-80% of Irish people in the Republic of Ireland support Irish Unity, which is Sinn Fein’s raison d’etre and which it has long struggled for. Some may see Brexit as an opportunity, based on the age-old adage

The Fine Gael/ Fianna Fail government kept on echoing British PM Theresa May “Now is not the time“. Which might have annoyed people who kept on thinking 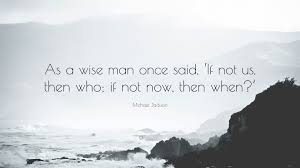 Last month, the FG/FF government tried to commemorate the horrors of the RIC and the Black and Tans in an attempt to foster pro-British sentiments. Memories of their atrocities live on in minds  to this very day from grandparents’ stories. The commemoration was cancelled because Irish dignatories refused to attend it and because people made  this song reach No.1.

Counting’s  done for the 33rd Dail. Sinn Fein have 37 seats. Fianna Fail 38. Fine Gael is on 35. Independents have 19, Greens 12, Labour and Social Democrats 6 each, Solidarity People Before Profit are on 5 and “others” have 2.

says she is in talks with the left parties and independents to see if they have the numbers but they probably don’t.

Fianna Fail might form a coalition with Sinn Fein, but others will be needed to reach the 80  majority cut-off. Most talked about as a potential partner is the Green Party.

Comment: However, neither Fine Gael nor Fianna Fail wants to be a twin anymore and both are terrified at the prospect of a melt-down into one party.

Remember: The public would probably not accept another  FG/FF administration

Another General Election may be on the cards

4 thoughts on “The Irish Republic”