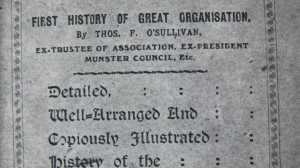 Came across this gem today!!!

Integrity Ireland say they  encourage ‘openness, transparency and justice in the institutions of the Irish State’ and also as ‘serve as a support network for wronged citizens’

September 2015
Two members of Integrity Ireland, Stephen Manning and Colm Granahan, took civil summonses against Garda Sergeant Peter Hanley and County Registrar Fintan Murphy because of incidents at a sitting of the County Registrar’s Court in March of this year, relating to home repossessions.

For the series – the West’s awake

PS the song was written by Thomas Davis,  author of A Nation Once Again. Born in Mallow, Co Cork, on October 14, 1814, he became a lawyer in 1838, founded the Young Ireland movement in 1840, established the Nation newspaper (motto: ‘Educate that you may be Free’) and dedicated his life to Irish nationalism and republicanism, vowing like Tone to unite Catholic and Protestant.

His statue stands  in College Green near Trinity College, Dublin.

Comment: As he was a lawyer, I’m sure he would have supported Integrity Ireland’s  action in nominating a People’s Judge!!! 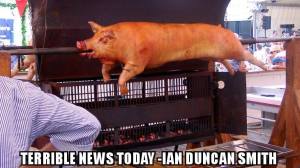 Syriza has just won the snap election in Greece

Yesterday, one year after its defeat in the referendum,

The Independence movement is still strong in Scotland.

Up to 10,000 people are believed to have come and gone over the hours of yesterday’s Hope over Fear Rally

The Bikers for Yes cavalcade!

360 bikers were estimated to have taken part. Please don’t ask for any compensation for damage to ear-drums as you watch the video, as none will be given!

He made us all remember the Labour party was never meant to be Tory-lite!!

and reminded us of Hope over Fear! 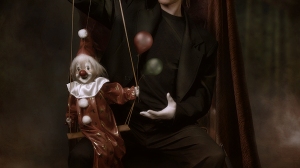 It seems incredible that two murders of former IRA men in Belfast backstreets could tip the Stormont Assembly into chaos.

Let’s backtrack a little to see if we can understand  what went on. 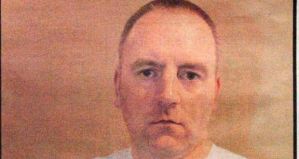 FACTS:  May 5th 2015 Gerard ‘Jock’ Davison, 47, was shot  in Belfast by a person unknown for reasons unknown. He was a grandfather and “a high-profile community worker who devoted much of his time to those living in the Markets”. A member of a  well-known republican family, he was for some time one of the IRA’s most senior commanders in Belfast. He was allegedly implicated in the murder of Robert McCartney, but was never charged.

SPECULATION: Police did not believe dissident republicans or  loyalist paramilitaries were behind the attack.

Query: So who was the killer?And what was the motive?

FACTS:  12th August 2015 Mr Kevin Mc Guigan was murdered in Belfast. He had been shot in the ankles and arms in a “punishment” attack some years previously.

SPECULATION:  Jock Davison was behind the attack.

One IRA prisoner who knew him wrote:

“Kevin had a quiet manner although others felt there was a violent energy there.Kevin who firmly believed he was hard-done-by was still no shrinking violet when it came to settling up. He was livid that he had been shot. He blamed Jock Davison and felt that he had been treated most unfairly, that personality clashes rather anything substantive had selected him for assault.
He never spoke about physical revenge, more a case of exposing people to the harsh light of publicity”.

FACTS: 13th August 2015 First Minister Peter Robinson, DUP leader,  immediately said there would be repercussions if it was found that the Provisional IRA was involved in the Mc Guigan murder.

He said Sinn Fein could not remain in government if the evidence pointed to IRA involvement.

He said the DUP would speak to the PSNI to seek answers about the killing.

FACT 20th August 2015: PSNI Detective Superintendent Kevin Geddes said: “A major line of enquiry for this investigation is that members of the Provisional IRA were involved in this murder.” 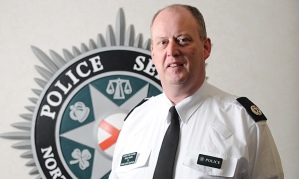 The Provisional IRA still exists but is not engaged in terrorism

Individual members cooperated in shooting dead Kevin McGuigan in East Belfast but there is no evidence the killing was sanctioned by the organisation,

DUP’s  “Curry My Yoghurt” Gregory Campbell said there was no surprise among his party at the suggestions of IRA involvement.
FACTS: Garda Commissioner Noirin O’Sullivan and the Government’s assessment, on the other hand, do not accept PSNI intelligence reports and insist that the IRA organisation and structures no longer exist, and were not involved in the killing of Gerard ‘Jock’ Davison or Kevin McGuigan.

FACTS: Both statements from senior PSNI officers precipitated a political crisis in the Stormont Assembly.

is asking some questions :

Other questions are emerging.

Why has no journalist pointed up the central contradiction of ‘The IRA is peaceful/The IRA killed Kevin McGuigan’  in the Chief Constable’s statement?

Where’s the evidence for his assertions?

If  Chief Constable  was  so sure  who was responsible why has he not arrested the culprit?

If he said what he did without evidence, isn’t he  guilty of unwarranted interference in the political process?