Republicans make up the majority of people in the world, as  only 26 monarchies still rule 43 countries. They may think that Megxit, latest episode in the Royal soap-opera, has nothing to do with them and it’s high time for the British Royal Family to get out of their antiquated cocoon of acting out what life should be and realize what it is. Yet people all over the world, even in countries like Ireland that fought so hard for their freedom from British rule, are enthralled by the personal lives of the British royals.

The British Royal Family soap-opera is based on the “perfect family” myth. Though it has rarely lived up to its self-imposed standard, it manages to make their lives sufficiently entertaining to a fawning public (see The Crown). The current Megxit plot-line involves scandal, outrage, intrigue and hurt and has achieved widespread attention and discussion because it embodies so many universal themes.

Remember: This soap opera is happening IRL (in real life) . It’s not a story or a film. The British Royal Family rule the UK, using these myths to cement their popularity among their people.

1)  The Magic of the Monarchy

The British Royal Family needs to be put on pedestals to preserve it. Its members all “work very hard” and are portrayed as “amazing”, infallible, superior beings who set standards for the nation.

The media-created female members of the Royal Family “stun”, “wow” “dazzle” “glow” and “look utterly gorgeous”. The public learns of the prices of their outfits and where to buy a cheap copy so as to identify with them. Changes in hairstyles and make-up are analysed in depth. Royal children in old-fashioned clothes are always “adorable” or “mischievous”. Male Royals often dress up in kilts or in military uniforms with impressive rows of medals.

The general public can project whatever they want on to these images because they are convinced they “know” the Royal. And they do – just as they “know” a character like Hyacinth Bucket, Del Boy, Basil Fawlty or Patsy Stone. The British public plays the role of the below-stairs servants who know and identify with the “quality” upstairs.

Remember: The public hear about what happens behind the palace walls thanks to Royal Family press releases, speculation, tabloids and servants’ gossip, the last three often being linked.

2) Woman as Saint vs Sinner 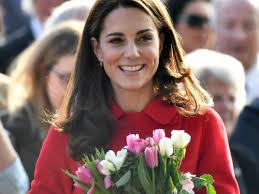 the symbol of a traditional, apolitical, respectable, silent, discreet and selfless wife and mother.She’s white, though too much of a brunette to be an English rose like Diana, and  always dressed in appropriate outfits.  Subservient and docile, she is revered,admired and  well-treated.  Kate has no problem following rules because her present and future  titles mean more to her than any personal life goals. She never seemed to have any anyway throughout the years she waited to marry Prince William

On the other side 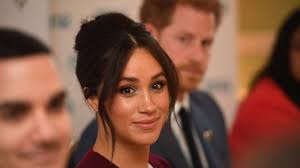 there’s American Meghan, citizen of the first modern Republic. She’s a political, manipulative, out-spoken, socially progressive, “woke” career woman. A divorcée, the first person of colour to enter the British Royal Family, she seemed determined to make her voice heard. Since she cannot be Queen or change the Institution of the Monarchy as she wants, being a social influencer is her queenly ambition.

Remember: In fairy tales and myths, strong women who wish to live on their own terms, are not found among the princesses but among the wicked witches and female villains. 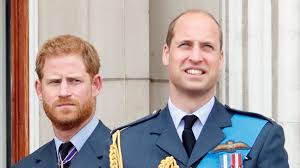 A “rift” between brothers who are now “on different paths”, apparently estranged and hardly speaking to each other. The younger may have found it hard to defer to his future king. He may have been envious of the other’s position. The future king may have envied his brother’s happy go lucky life and string of girlfriends until he met The One. Perhaps some  harsh things were said around the time of the wedding.  The rest of the British Royal Family are reported  find Harry and Meghan “very difficult“. Harry and Meghan think  they are  being driven out. 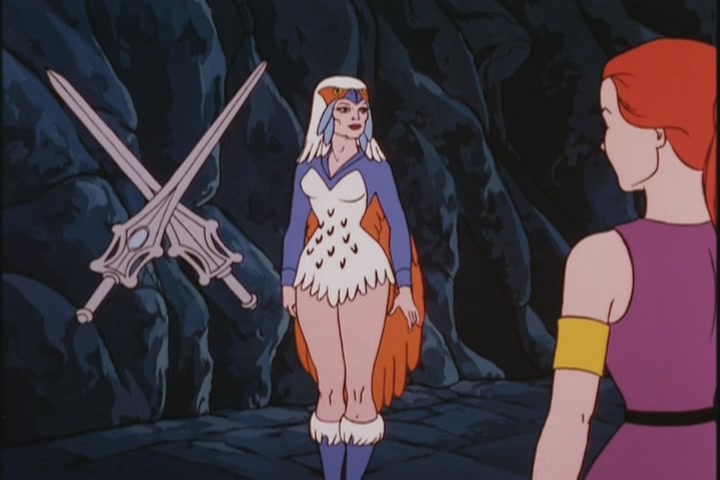 A young man gets consistently amazing sex from a strong woman, to whom he  becomes submissive, following the whims and wishes of his partner and choosing to forget his own free will and agenda. She is a “gold digger” who was only after his fortune and title.  Manipulation and control are achieved by isolating the man from his family and personal friends.

This implies the man hasn’t the force of character to stand up to the narcissist’s agenda.  But unless he mentioned it, she wouldn’t have known that he wanted to walk away from his duties to family and country. Her perceived ill-treatment at the hands of the British press provided the reason he needed to turn his back on everybody and everything .

With her complicity, he physically and emotionally separated himself from his family. But his actions are his own responsibility. Bear in mind he is a grown up.  He’s not a victim.

Remember: The sorceress’s victim  has to consent to submission

5) The Fall: Adam and Eve alone in the world 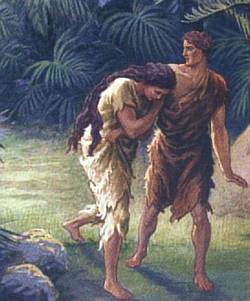 Two  against the world, surviving against all odds. In  defiantly giving up the traditional status quo (duty, service, etc) for worldly status (money and celebrity status), Prince Harry and wife  Meghan  display not a confrontational attitude but rather one of self-identity.  In substituting his individual self for the role of a traditional Royal Family leader,  Harry disrupts the social order and the lives of his closest relatives. The work-load of Royal engagements for ageing Charles and his remaining family will greatly increase. In order to cope, they will have to scale back significantly on their patronages and engagements

Comment: Attitudes towards the Royal Family could change as they are seen less in public. Celebrities like pop stars, models, civic dignatories,famous academics and artists could be invited to plant trees, cut ribbons, unveil plaques and lend their names to charities.

People might start thinking “The Monarchy’s not really needed, is it?” and even “If Harry and his wife want to be normal and “financially independent”,  why should we pay for a Monarchy? Why even bother with it?”
Remember: Any monarchy continues only  as long as people support it.

Final comments:
The Duke and Duchess of Sussex’s decision to “step back” from their roles as “senior” Royals, followed hard on the scandalous story of Prince Andrew, Jeffery Epstein and underage sex trafficking.

Both events have  led to increased scrutiny of the British monarchy, its stability, its value, how it’s held accountable, its place  in British public life and its ability to keep pace with the 21st century and Brexit-related changes.

Remember  your opinion is manipulated by  the subconscious appeal of the universal myths  underlying the British Royal Family’s soap opera. Think about not paying  them any attention or giving them rent-free space in your head. Stop the brainwashing!

What is monarchy?
From whence does it derive its sanction?
What has been its gift to humanity? (James Connolly)
Is the Monarchy the means of happiness or of misery to mankind? (Thomas Paine)