During what pundits are calling the “worst constitutional crisis since . . .

Suez, WWI, WWII, 1689, Cromwell, Richard Coeur de Lion, the Magna Carta, 1066”
Members of Westminster and the Scottish Parliament have all buggered off on their holidays

“I’m in denial to be honest,” said one

“I’m  avoiding the news and trying to forget about politics”

“I’ll make the  hard decisions  when I return to  Parliament“.

NB The NI Assembly headed off almost 3 years ago

PM Johnston drives forward “Do or Die” towards No Deal Brexit day on 31st October
Reputedly desperate to stop a No Deal Brexit, MPs play around with arcane Laws of Parliamentary procedure.

of a No Deal crash-out 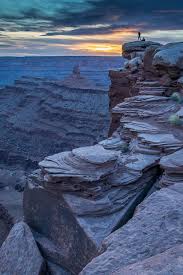 200 years ago at Peterloo in Manchester 16 supporters of  the by now, moribund, well side-lined English Radical Tradition were killed by the British Army

People try to breathe life into the memory 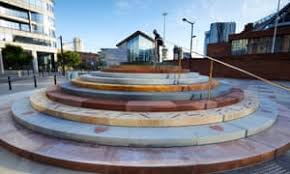 Query: What right had or has  the British State to send in its Army to murder all around them so as to silence dissent among its citizens?

Did no one ever ask? Was (and is) such the status quo with our “brave boys and girls”?

They are revered whatever they do? And no one ever questions the orders they receive?

Northern Irish Catholics/Nationalists/Republicans demanded an answer  in the 1960s

In NI we are now in full remembrance of 50 years since the Battle of the Bogside, Burntollet, Loyalists/Unionists killing and burning out houses and businesses in the Falls, Ardoyne.

The British Army marched in to support the Unionist State.

Then they conducted the Falls Curfew, the Ballymurphy Massacre, Bloody Sunday, Springhill and the New Lodge 6 massacres

Comment: Given the historic crimes visited upon Ireland by British rule, it is clear that sending in the British Army was not done on humanitarian grounds.

Queries: What right has the British State to murder all round, imprison without charge or trial, convict without a jury, subject its citizens to “inhumane treatment” etc etc so as to silence dissent?

What right has the British state to enforce conditions such that 130,000 people died during its “austerity programme”?

Comment: The UK is nothing but a  cruel state

Objection: But they’ve always done it

Remember as far back as the Harrowing of the North,  the 1834 Dorset Tolpuddle martyrs, Workhouses, the original concentration camps, poor relief, forcing the starving and destitute to build walls and roads to nowhere for a bowl of thin gruel, famine in Ireland that went on for years and years
And then remember how they treated the Culloden rebels, the Irish 1798 rebels and the 1916 Irish leaders.

And they weren’t the only victims.

In 1910 Churchill ordered troops into the Rhonda valley to combat Welsh miners on strike for better pay and working conditions
1919: Glasgow City police launched a vicious and unprovoked attack on the workers who were asking for a 40-hour week rather than 57.They beat men, women and children to the ground. Troops were deployed and tanks were despatched

Back in the day, 50-odd years ago Ireland’s Government approached the UN, pleading for an intervention.
To no avail. Since the UK held and wielded  veto power.

Consequently, what was happening in Northern Ireland was an “internal problem for the UK”
And the UK could do what it wanted.
And it did.

Remember: The UK intends to keep on doing as it wants
Hence it repudiates EU laws, the ECJ and the European Convention of Human Rights etc

After years and years, up to 50 in total, they are making some headway.

But it’s a steeply  uphill task
Westminster collusion with Loyalists and Unionists in Northern Ireland continues to this very day, under the guise of a “supply and agreement pact”.

Query: What are the results of Westminster rule?
Society in NI is, as ever,  still divided along sectarian lines.

Nationalists refuse to participate in the power-sharing Northern Ireland Assembly

NI is one of the most deprived parts of the UK

Decisions on Brexit, the ‘backstop’, and a future ‘border poll’, remain in the hands of Westminster.
As does a Scottish IndyRef2

Comment: Which brings us back to where we started

Remember:Since Nicola Sturgeon took over as Leader of the SNP the Indy movement has gone from losing a referendum to now having  a slight majority of the people of Scotland in favour of Independence.

Increased support for Scottish Independence  may not have been all her doing.

I suggest the Brexit debacle played a large part in the opinion shift, added on to the Scots realizing they don’t count and don’t matter in the UK 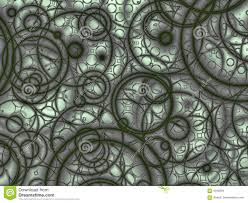 Query: Isn’t there something fundamentally wrong with Scotland’s acceptance that the English vote can pull Scotland out of the EU without any discussion, agreement, consideration of Scotland’s status or that it is against the democratic will of the majority of Scots?

The same can be said of Northern Ireland, no matter the Conservative-DUP pact.

Comment: I am convinced the Irish Border Counties and many other places in Northern Ireland will not accept being pulled out of the EU. They will no longer agree to be ruled over by the UK.

Queries: Will Scotland?
Where is the challenge to Westminster?

Where is the statement that Scotland will not accept Brexit in any shape or form?

If FM Sturgeon doesn’t call IndyRef2 soon, Wings over Scotland has promised to start breathing down her neck

Despite all the setbacks it has undergone since Independence, all the difficulties it has had to overcome and the problems it still has to solve on its walk towards being a modern Republic – its people are now economically, socially and politically in a much better place than people in Northern England,  Scotland, Wales and Northern Ireland

Remember: The UK is nothing but a  cruel state

Better Ourselves Alone than Better Together

Despite all the UK propaganda to the contrary