Three posts for the price of one!

In negotiating Brexit  the UK government didn’t seem to realise the UK was free to make its choice but was not free to choose the consequences of that choice. One of their main aims has always been to separate the Brexit vote from its consequences.

The shock of actually seeing the consequences of leaving the EU, written down in black and white in the Withdrawal Agreement,

provoked Westminster’s  refusal of it and of PM May who negotiated it.

has submitted “new” proposals for a deal.

In the ultimate analysis PM Johnson doesn’t want a deal unless the UK is in charge, now and in the future.

Most importantly for the Irish,  Johnson’s proposals showcase his arrogance and ignorance about the British border in Ireland.

Remember:It was never  a relevant issue for him. In February 2018  he said that handling Irish border problem was  like managing a congestion charge boundary between Camden & Westminster. How to manage it was  essentially a technicality

As a mere trifle, Mr Johnson  is now opting for two more borders on or around Ireland.

Because if 1 political British boundary doesn’t do the job, just add another 2(1 for Customs and 1 for the Single Market)

Comment: The UK Govt is effectively cutting the North  off from Europe, the rest of Ireland and the UK.

PM Johnson  is totally unaware, pretends he has no clue or just blindly disregards the fact that the Irish view the Border as a question of identity.

They, and everybody else in the EU and elsewhere in the world,  know the British Border in Ireland  is a malevolent symbol that is heavily entangled with the  emotions, history and trauma of  English misrule in Ireland, Partition and the Troubles.

As a minor detail in the latest UK Government’s attempt to uphold their  bargain with Unionists,  Johnson  proposes abandoning people and businesses in Ireland to the whim of the DUP.

As a UK escape clause, he wants to transfer the legal, regulatory, customs and political problems of Brexit to the DUP in Northern Ireland and through them to the rest of the country.

This threatens the Single Market, shared by 27 countries, who would have to count on DUP not to undermine it.

Comments: The deal Boris offered effectively places the Single Market under the UK’s control. No way the 27 EU countries will have that.

The DUP will be able to veto any alignment with the EU at the first chance they get.

When’s that likely to be?

In the remote possibility  these proposals become the new Withdrawal Agreement, the DUP will get their chance towards the end of  the “Transition Period”, just as the “Deal” starts being implemented. At the latest that’s around October/November 2021

Query: What if Stormont’s still not sitting? 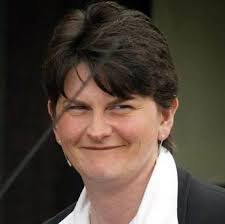 “My understanding is that if there is no Assembly, then it will be up to Westminster to give consent through a mechanism such as a grand committee of Northern Ireland MPs.”

Since at present 10/11 Westminster MPs are on a DUP ticket, non-DUP voices in Northern Ireland will be forever silenced!

Particularly if they don’t take their seats in Westminster!

Comments: Won’t it be  wonderful

for businesses to know that their markets and business model could be damaged or put at risk every 4 years!

watching NI back-track to the 1950s, when Unionists ran  their own little fiefdom, and nobody else got a word in edgeways!.

seeing Catholics, Nationalists and Republicans being put back in their rightful place as   second-class citizens

“200,000 people marched for Scottish independence in the streets of Edinburgh yesterday.

They turned the streets blue with their Saltires, All Under One Banner!

We congratulate them on such a wonderful march and rally.

During what was  one of the biggest demonstrations in Scotland for a century, not one person was arrested for bad behaviour, not one person was injured by violent disorder, not a fingernail was broken much less a window or a lemonade bottle. The only counter measures deployed by the police in this event were the smiles of the officers as the 200.000 plus procession strolled happily past

Queries: Could such a large demonstration for Irish Unity  march undisturbed anywhere in Belfast?

4 thoughts on “Bits and Pieces”