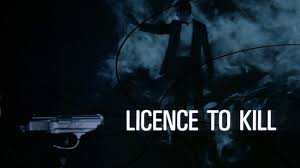 Ireland awaits news from Brussels on the new confidential “pathway to Brexit” as espied by Taoiseach Leo Varadkar and PM Boris Johnson in a manor house hotel on the Wirral.

To while away the time, a double billing seems appropriate for tonight’s Film Night

“UK Licence to Kill”:Episodes 4 and 5 of the BBC’s Secret History of the Troubles which report on the so-called “Dirty War”.

Episode 4 explores the roles of the SAS, FRU, RUC Special Branch and MI5 in the British policy of obtaining sensitive information which was used to carry out covert operations against the IRA (see the Loughgall ambush).

Query: How did they obtain this sensitive information?

By means of informers.

These 2 posts give information on the background to the British approach, how they used supergrasses and recruited informers.

In an attempt to stop leaks, the IRA embarked on a policy of deterrence. Suspected or real informers were shot dead and  “disappeared” or their bodies left along a roadside.

Head of the Anti-Informer Unit was, however, Freddie Scapatticci, who had allegedly been an informer known as Stakeknife since the mid-1970s.

Episode 5 explores collusion between the Loyalist community, the Security forces and the UK state in a conspiracy to murder at least 70 of their own UK citizens (including Pat Finucane). MI5 and the British Army ran over 200 and maybe even up to 500 agents in Northern Ireland.

Note how the British authorities covered up their “Shoot to Kill” policy through lies, attempts to smear the victim and family  and destruction of paper trails as well as hard evidence.

Watch as Unionist insurrection against the 1985 Anglo-Irish Agreement led to the formation of Ulster resistance, with Ian Paisley providing its “political cover”. To obtain arms for Ulster Resistance, Ulster loyalists stole classified missile technology and blueprints  from the Belfast Aircraft factory. These were exchanged for South African guns, which were distributed to UDA and UFF killers by arch-bigot Willie Frazer

Did they negotiate with themselves in the run-up to the Belfast/Good Friday Agreement?

Who licenced these informers to kill?

Who is guilty of  these “licenced” murders?

Who should be in the dock?

Remember: Scapitticci soon will be if the Kenova Investigation is successful