Bet you all thought Stake/Steak-Knife was a name for the history books.

Something for generations to come to discuss and debate.

Who today remembers the arch-IRA traitor, 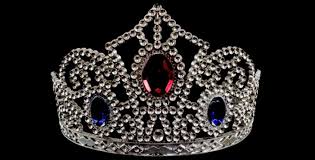 the “Jewel in the Crown” of the RUC and British Army in Northern Ireland?

Young people living today in Northern Ireland may not even have heard of him.
Older people shudder at the name of Stake-Knife.
Yet we have just learned that 72-year-old Alfredo (Fred) Scappaticci, allegedly Stake-Knife despite his denials, has just been arrested in an unknown location in England. And his estranged wife’s house was raided.

Scappaticci  has been living in hiding since it was rumoured he worked as a British spy for 25 years even though he claimed he was a veteran Republican from West Belfast.

Detectives are interviewing him about 18 deaths in Troubles and

“in connection with the investigation into allegations of murder, kidnap and torture”.

He is said to have been involved in up to 50 deaths dating back to the 1970s.

He reputedly led the republican organisation’s “nutting squad”, an internal security unit which brutally interrogated and murdered suspected spies during the Troubles.

What were the “nutting squad’s” duties?

They were responsible for  detecting informers or agents  inside and outside the PIRA.

They interviewed and approved everyone who applied to join the PIRA.

They  investigated operations that went wrong and arms dumps that were discovered by the police and army.

They knew all about  whoever was  involved in whatever, what their roles were and what they did afterwards.

They  debriefed every volunteer who was arrested, and those charged or remanded in prison custody

Volunteers would have revealed to them everything that happened.

Query: Are they burning Scappaticci  to protect Steak Knife?

Scappiticci  is accused of being Stake-knife, the  double agent who  worked for British security forces while overseeing the murder of informers within the Republican Movement.

And murdered innocent people to save his own skin and avoid being  “outed” as a British agent.

Yet  he is said to have attended  his 98-year-old father’s funeral in west Belfast last year.

People who said they saw him described him as looking fit and relaxed.

Queries: How many people, not just IRA members, were murdered to preserve Stake-knife’s  cover or to enable British intelligence to advance an agenda?

How many RUC/UDR/British Army/Prison Warder families would react with horror at the IRA operations that were allowed to go ahead targeting them and/or their relatives?

How many Unionists would start asking questions about the state they swear loyalty to, knowing  IRA operations  went ahead unhindered?