“£14,000 spend on an Irish Language Act public consultation was a waste of money,“

29-year-old DUP MLA Gordon Lyons told the NI  Stormont Assembly
“Can the minister not see that this consultation was a poor use of resources?”
Who’s Gordon Lyons?
He serves on the OFMDFM Committee and the Committee for Finance and Personnel. He is  a member of the DUP policy team. Here he is on the right- with some friends

What exactly did he say?
“Because when you consider the political reality it is that such a Bill would require cross-community support, and my party has made it very clear that we will not be supporting any Act like this because, not only (because) of how divisive it will be, but because of the cost of implementing the use of Irish in courts, of Irish in the Assembly, the Irish language commissioner…”

Did he say anything else?
On his facebook page he wrote “I think a lot of people agree and would rather money was used on improving pubic services rather than on translation and additional bureaucracy”

Query: are the DUP really promising to improve “pubic” services?

revealed that 95% of  the 13,000 responses received during the 12-week consultation,  were in favour of an Acht na Gaeilge

You can read the survey results   here 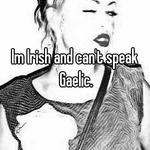 I can’t comment on responses sent in Gaelic
Request: perhaps some of our Gaelic speaking friends can help out on this point?
From the responses in English (as such!!! ), only the Orange Order seems  to object to the Irish Language Act. Here are some examples:
Ballindarragh L.O.L. No. 689

*In our opinion this is too proscriptive a measure as the Irish language which is a minority language should not promoted legislatively than other language.

*As English is the official language and is spoken by the vast majority of the people in N. Ireland, there is therefore no valid reason for Irish to be used in the courts which only adds additional expenses at a time when we are being asked to tighten our belts.

*It is our opinion if Irish was to be included then it could open the was for other minority languages to be included and would cost a considerable amount and burden on the financial resources in this country.

*We believe that an Irish Language Commissioner would negatively impact on community relations and would also add considerable expense to the cost of the local administration.

*Whose who wish to learn the Irish language should have the opportunity to go to language courses, these could be funded.
Enniskillen True Blues L.O.L No 217

*I believe the vast majority of people speak English.

*We should not be using scarce public money when there is no need to.

*As all the Assembly members can speak and understand English there is no need for any other language to be used.

*We have no need for it at all, total waste of money.

*Every one in the assembly can speak English, what do we need a foreign language for .what next Portuguese, Chinese.
*an Irish Language Commissioner? Just another high paid job that there is no call for. Not needed. Total waste of money which could be better spent on the health service 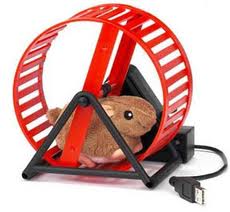 Comment:  Objections seem to be based mainly on the “waste of money” argument
Query: Who’s our new Minister of Finance in Stormont?
None other than Mr Mervyn Storey, a member of Mullans Independent Orange Order LOL No. 34,  elected  Deputy Imperial Grand Master.

He’s also a member of the Apprentice Boys, the Protestant Knights of Malta and vice-chairman of  the fundamentalist evangelical

Query: Are we looking at a gigantic Conflict of Interest?

If so, who is going to tackle it?