Recent Loyalist activity in and around the Westland/Cavehill Road area of North Belfast has consisted of UDA ‘dissidents’ putting up flags in the Waterworks and Cavehill Road areas, including the Mount Coole/Rosscoole/Duncoole/Kilcoole areas at the top of the Cavehill Road.

Residents This was clearly an attempt to mark out territory since there was no consultation whatsoever with local residents of this area, which has been “ mixed” i.e. Protestant and Catholic, Unionist and Irish Nationalist/Republican for years

Orange order : Flying the union flag does not equate to marking out territory. It is simply a show of loyalty to the UK, the sovereign state that was guaranteed by the GFA . Nobody should be offended at the flying of the union flag.

Residents: So whether we want it or not it will be forced upon us?

Residents: Flag flying was also a precursor for the brand new Cavehill Temperance LOL 1956 to apply for an Orange March in the area on the 12th July.
For the first time ever. 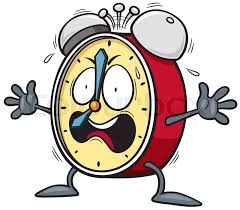 At 7.45am, on the morning of 12 July 70  marchers  will be accompanied by Harthill Loyalists Flute Band

Comment: And just to nail “the traditional route” of Orange Marches in the area well and truly home, so that they can be repeated every year until the end of time.

Cavehill Temperance Lodge (49 members) will hold a “floating of the banner” parade to deliver a banner to the head of the lodge a few days before the Twelfth demonstrations.

Here’s a map, showing the streets where Orange order “Banner Floating” and the March will be held,

They run around the Boys Model Secondary School Sports Ground. It should be a pleasant residential area

And in fact it is. The area containing Rosscoole Gardens, Belfast, Northern Ireland consists predominantly of semi-detached housing, which can be an indicator of an affluent neighbourhood.

These figures from the 2011 census are representative of the local area.

Residents: We want to continue our walk along a better path to a much better society,

Comment: Residents  don’t want a new Orange parade by a brand-new Orange Lodge establishing a “Marching Tradition” in their area
They have petitioned the Parades Commission accordingly.

Queries:
Why should residents be forced to accept an arrangement they do not want?
Because the Orange Order says so!

Even on a majority wins basis, which the Orange Order uses to trump all arguments,  surely it has to admit that approximately 108 residents top 49 orangemen with 21 supporters

Does the Orange Order have the right to march?
Yes

Wherever it wants?
No.
Remember Drumcree, Garvaghy Road, Ormeau Road and Ardoyne?
Beating people off the streets to facilitate sectarian marches was faced down, at grevious cost.

So location is the issue?

So what’s the Alternative Route for Cavehill Temperance Lodge (49 members)?
From the Upper Hightown Road car park straight to McArts Fort and back.

Under 45 minutes for the young and fit – hours for the overweight middle-aged.

Bands can make as much music as they like without disturbing anyone.

PS: Wonder if the Orange Order told Taoiseach Leo Varadkar of their plan for  forcing 2 new marches by a brand-new Lodge  through a residential area where they aren’t wanted when he visited their HQ last week?

Wonder how he would have reacted if they had?