like a Colossus.
He imposed his language and way of thinking on millions world-wide,
He did his utmost to eradicate local cultures
and dominate the EU
To no avail

Now he lies on his death bed

Whilst some of his sad friends do say
The breath goes now, and some say, No
Comment: He’s past any tyrant’s stroke;

His worldly task he hast done,

Home he’s going, and taking his wages of Empire.

Several concerned and renowned physicians have confirmed
“The Union is dying”

The signs are all about us

His ex-wife Erin and her new European friends,

are checkmating him with her “backstop”

and the structures of North-South cooperation

under Strand 2 of the GFA

“Though I must go, endure not yet
A breach, but an expansion,
Comment: So his supporters would have you  believe
World-wide trade agreements  will follow, all
just as the UK wants

They eliminated the Unionist part of their party
59% of Tories would prefer to ditch Northern Ireland instead of remaining in the EU.
And around 63% said they would accept Scotland leaving the UK if it meant the delivery of Brexit.

Comment: They prefer Brexit to holding on to Scotland and Northern Ireland –

And makes me end where I begun.

Remember: Empires fall from the centre, not the periphery.

If  Conservatives are no longer interested in their “precious” UK Union .. .. then . ..

Fears no more the lightning flash,
Nor the all-dreaded thunder stone;
He hast finished joy and moan:

Some Unionists find reality hard to take and will do anything to maintain the old order
They cry, crawl, beg and beseech
still wallow in the comforting delusion that they are all equals in a “Better Together Britain”,

Are N.I. Unionists really ignorant of the fact that they are entirely irrelevant to England?
England uses them when it suits and
will quite easily dump them when they thwart England’s purpose –

Query: Do the DUP really think they will ever be forgiven

for insisting on  the all-UK backstop and voting against PM May’s Withdrawal Agreement ?

Comment: In an Independent Scotland or a Re-United Ireland, their world will end.
It’s dying anyway,

Expression of Concern
Should we set up a shelter for lost and abandoned Unionists ?

Remember: They are no longer wanted by their owners
Some are not properly socialised and will be difficult to re-home

Queries : Can you take one in?

Could you cope with  lies, tricks, delusions of Empire, financial shenanigans?

Demands  for free family holidays in exotic parts of the world?

Reality Check:
Golden lads and girls all must,
As chimney-sweepers, and Mr UK Britain, come to dust.

They will no longer be able to impose on non-Unionists

their strait-jacket of “Englishness”

and their superior attitude because they are “faux English” .

Remember: Their Unionist construct has very little real meaning outside their own heads.

The rest of the world will carry on regardless. 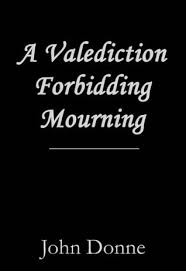 Quiet consummation have Mr UK Britain;
And unrenown’d be thy grave!

Updates “. And the union of the United Kingdom is under greater strain than I’ve ever known in my life.” MR David Lidington. Conservative Deputy Prime Minister

“I cannot imagine a Conservative and Unionist-led government, actively pursuing a no-deal Brexit; willing to risk the Union and our economic prosperity” Phillip  Hammond, Chancellor of the Exchequer