This St Patrick’s Day is different from all others because we are closer to Re-Unification.
Brexit has focused international attention on the democratic case for Irish unity.
Britain’s border in Ireland is now an issue for Europe. 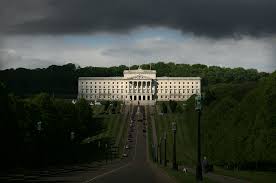 Stormont, the seat of British administration in Northern Ireland,

no longer functions as Irish nationalists and republicans withdrew their support 2 years ago, saying 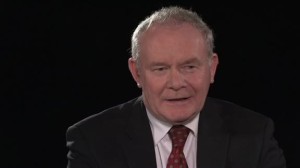 “There will be no return to the status quo”

Remember: In Northern Ireland, Unionists have options only as long as nationalists/republicans enable their implementation. Without our consent . . .

A unity referendum is our democratic right according to the Belfast/Good Friday Agreement
That is what we must insist happens next.
But while we are waiting . . . .

the Liberator and the 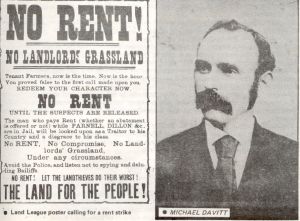 Michael Davitt and the Land War

*celebrate the 1916 rising and the War of Independence

*remind ourselves of the Troubles
and the fact that only Soldier F is being prosecuted for the Bloody Sunday massacre
And no soldier is being prosecuted for killing innocent people in Ballymurphy, Springhill, Mc Gurk’s Bar and the New Lodge or for imposing the Falls Curfew.
And that’s just some of the atrocities that happened in Belfast alone 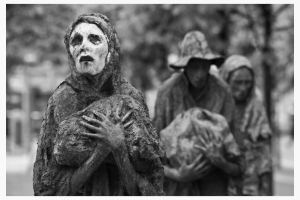 In the past we were starved, hounded, harried,

deprived of our language, culture and prosperity through Penal laws,

forced into workhouses, compelled to emigrate to survive,

killed with plastic bullets and, like the Suffragettes, forced on hunger strike to get our rights

Today the UK no longer get to write the story themselves.
Today our Ministers criss-cross the globe, visiting states, nations and governments
knowing there is still one more step to take
before we take our rightful place among the nations of the world 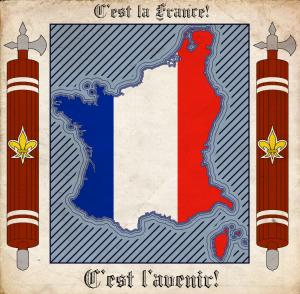 Let us continue our walk forward to liberty, fraternity, equality
Remember: The French only had to manage to reach those 3 ideals
We have a 4th to achieve – independence from Great Britain

Tomorrow will be different.
These coming years will be ours to transform the island of Ireland.

Remember: we are always the indomitable Irishry.
You find us worldwide.

This song is for us, our long walk to freedom  and our future