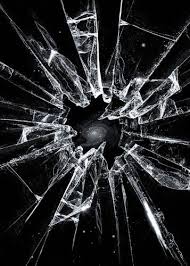 You can read  all the shards of the splintered movement here

You may object that  the diverse Irish Republican groups  are unable to work together to present a coherent programme leading to a united independent Ireland – which could  possibly be socialist, should the voters so decide.

But this is what happens when people do their own thing due to ideological hair-splitting,

egoism, personal feuds and personality differences and so forth

Statement of the issues

1) ongoing illegal British occupation of Ireland.
The call for a United Ireland has never been quelled while promoting the normalization of the British rule throughout Ireland continues unabated North and South.

This political aim should not be tarnished by police describing it as some sort of criminal enterprise.

Republicanism must answer the questions of what ‘power’ is in our country and what it means. For it does not lie in the false parliaments north and south of an imposed border

Solutions, as proposed by the diverse Irish Republican groups
Highlight the root cause of the conflict in Ireland; the continued partition of Ireland and the British usurpation of Irish national sovereignty.
Highlight the failures of the Six County administration through our ‘Stormont Can’t Deliver’ campaign,
Build on the core values and traditional principles of the Republican Movement
Build a nationwide campaign for a radical referendum on Irish unification.
Force the goal of Irish Unity to the top of Irish national priorities
Push the progressive radical vote over the line towards victory
Force the British to acknowledge the age-old aspiration to unity and declare their intention to withdraw from Ireland.

Launch the Campaign against Colonialism. Direct actions were carried out against road signs named after British Imperialism and other vestiges of Colonialism across a number of counties including Dublin, Wicklow, Wexford, Kildare, Meath and Tipperary.

Campaign against the presence of the British Military’s Red Arrows at Bray Air Show. While the involvement of the Red Arrows went ahead in 2018, it has since been leaked that the Red Arrows will not be returning to Bray in 2019.

Smash the policy of banning the Irish tricolour in the Newry St. Patrick’s Day parade which
was for the first time awash in our national colours.

‘This is Our Mandate- This is Our Republic’ campaign. Launched on the 100th anniversary of the December 1918 General Election that ratified the Republic, it aims at building a Popular People’s campaign for the restablishment of the Irish Socialist Republic by setting up Resistance committees and Centres of Resistance across the country.

The 1919 Declaration of Independence remains the only solution to the Anglo-Irish conflict.

Appeal to unionist fellow citizens to take democratic control of their own destinies and not leave their future in the hands of British political parties who do not have their interests at heart. Divorce the Unionist cultural heritage and identity from sectarian headcount politics

For many working-class people throughout the island, 2018 was a very difficult year . The disconnect between both States here and the people has never been starker.

Politicians in both administrations continue to be paid huge wages, expenses and other perks while many people live hand-to-mouth.

In the 6 Counties Stormont representatives are paid while not actually working.

Many schools and doctor’s surgeries appear destined to close due to budget cuts.

Adjustment of social security benefits targeted citizens who require the most assistance in order to have some standard of living.

Families across the north are living in food, housing and health poverty

National emergencies in Housing (with 500,000 people in housing distress) and Health care are causing extreme pain and suffering to hundreds of thousands of people.

Homelessness is an ever-increasing issue and one the Irish government fails miserably  to address. There are over 9000 people on our streets and in make-shift accommodation with no positive aspirations for their futures.

100,000 workers in the south of Ireland work full time and yet are in poverty. Working-class people struggle daily to pay ever-increasing childcare costs and ever-increasing rents by landlords who would evict them at moment’s notice.

Solutions, as proposed by diverse Irish Republican groups
Promote collective bargaining for wages and salaries and ban zero-hour contracts
Develop a pro-active approach to deal with the homelessness crisis, like the housing action and squats in Dublin which took place under the banner ‘Take Back The City’.

Set up soup kitchens, Get involved with Apollo House and other protests and initiatives
Expropriate and open up the empty houses for people in need

‘The Eviction War’ is the land War of the 21st Century.

The People’s response to Economic Evictions in attempts to force Irish Families from their homes. Mobilise an Anti Eviction Flying Column. Growing anti eviction resistance promises to be a key fight in 2019.

Let this form of resistance continue. Let no political party take over such movements as they have no interest other than to control activists.

Members on the ground challenge anti-social behaviour like, for example,  nuisance fireworks.

A series of public meetings regarding the awareness of drugs and empowerment of our communities were  held in rural Kildress, a Republican community that was in the grip of a serious drugs epidemic

Most of all we need to get active now.

Grassroots activism will be our defining mark

3) Brexit
Brexit is important to all citizens  as the dynamics geographically may once again change.

Shockingly we could see  British soldiers sent here to protect their British border once again.

Solutions as proposed by diverse Irish Republican groups
Actively pursue the All Ireland Economy promised since the inception of the Good Friday Agreement.
Implement Joint Authority now in Northern Ireland.

Create a cross border ambulance service, education system, radio licensing system, corporation tax and excise duty.
Provide strong leadership and decisive action, representing the best interests of all our citizens.
End the denial of rights in the north and restore our power-sharing institutions on the basis of equality. 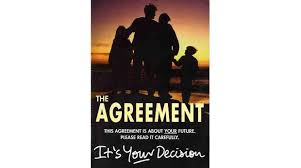 Protect the Good Friday Agreement of 1998.
Document and publish info about the deployment of British troops in South Armagh and border areas
Publish a detailed position on Brexit and how it impacts the Irish people.
Remove all vestiges of British rule from Ireland.

Query: How do Irish Republicans work to achieve these aims?

‘An Spréach’ ‘The Socialist Republican’ is a new full colour quarterly magazine, dealing with cutting edge topics from Ireland and around the world. It provides a principled Socialist Republican analysis on the burning issues facing the resistance movement today.

Mass distribution of the Democratic Programme of the First Dáil, Public Meetings, Campaign Stalls and Direct Actions aimed at winning the allegiance of the Irish Working Class away from the partitionist states, back to our People’s Republic

We call on all Republicans and like-minded groups to stand shoulder to shoulder with us in 2019. We must all collectively show solidarity with each other whilst still maintaining our own autonomy and identity.

One of our key priorities in 2019 is to continue to work with Socialist Republicans and Anti Imperialists across Ireland to build the Broad Front.

Work together to bring the working-classes together, for a more equal society.Let us resolve to advance the cause of the All-Ireland Republic,

We demand a referendum on a United Ireland. We will stand shoulder to shoulder with all
others to make this demand in 2019.

We will engage in debate and dialogue with any individual or group that shares our strategic analysis on this single issue.

We welcome attempts by a broad spectrum of Irish socialism to unite and discuss the potential for
implementation of the principles laid out in the 1919 Democratic Programme and the 1916 Proclamation of the Republic.

In all our dealings with Republican comrades we persevere to pursue comradely relationships which are based upon mutual respect.

So which of these diverse Irish Republican groups is going to make the first move?

Who will take that giant step forward towards a United Republican Movement?

Up-coming Meetings
January 21st 2019: public meeting in Dublin to mark the establishment of the Republic
January 26th 2019: Commemoration in Soloheadbeg to mark the beginning of the People’s War
Jan-mid February 2019: 20 public meetings