What’s the origin of the term “Gaslighting?

a wicked, manipulative husband gets his wife to doubt her memory and her sanity
The play (and its film adaptations) gave rise to the term gaslighting with the meaning “a form of psychological abuse in which false information is presented to the victim with the intent of making them doubt their own memory and perception”.

Where does Gaslighting occur?
Personal relationships, at the workplace, or over an entire society.

What does it do?
It creates a subtle, but inequitable, power dynamic in a relationship.

What does the gaslighter want?
His/Her ultimate objective  is to control, dominate, and take advantage of another individual, or a group, or even an entire society.

How does the gaslighter manage that?
By subjecting the victim to unreasonable, scrutiny, judgement, or micro-aggression.

What are the gaslighter’s tactics?
1) assertion.

S/He/the Government/The press make a short statement, preferably in catchy language. This gives the victim a problem, how to challenge it. Inevitably that means making a case, presenting facts and data. Unfortunately the public can get turned off by a lengthy response.

Say it often enough and it becomes fact, whether or not there is basis.

The gaslighter creates a negative narrative about the victim (“There’s something wrong and inadequate about you”), based on generalized false presumptions and accusations, rather than objective, independently verifiable facts, thereby putting the victim on the defensive

4) Restructuring  reality and history, subtly coaching relatives and friends to remember things as happening the way they want them to be remembered.

Remember: Historical revisionism in the Republic of Ireland and Northern Ireland has been “flavour of the month” for the past few years and shows no signs of abating in an attempt to whitewash the UK’s actions in NI.

Historical revisionism has been non-stop in Scotland since the Act of Union.

Goodies become baddies, motivations are questioned, governments become benign and activists and national heroes are dashed from their pedestals, with their ideals trashed

Result: the populations of Scotland and NI are totally confused as to where the truth lies. Individuals question their own judgements.  The gap between what they instinctively know is true and what they are told non-stop in the press and on TV creates a psychological tension which may manifest in depression, withdrawal and resignation. 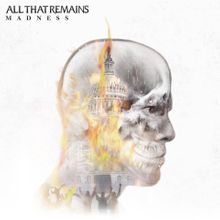 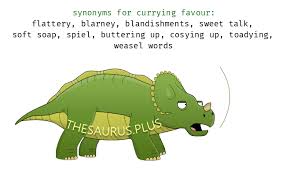 6) Gaslighters will occasionally treat the victim with mildness, moderation, and even superficial kindness or remorse, to give the victim false hope.

“Maybe he’s really not THAT bad,”

“Maybe things are going to get better,” or

Gaslighters then deny things like promises were made to the victim

How does the victim feel?
Isolated
In a constant state of insecurity, doubt, and fear

At its worst, pathological gaslighting constitutes a severe form of mind-control and psychological abuse.

All over the UK Tory gaslighting of the poor, disabled and working stiffs led to cuts to public spending, austerity (Bedroom tax, Universal credits and Food banks together with increased rates of suicide and mental health problems

In Scotland, Westminister gaslighting
(too poor, too weak, too stupid)

In Northern Ireland, the Unionist gaslighting cries of “Disloyal” “Fenian bastard”and “The Other Sort” labelled Catholics/Republicans/Socialists/Irish nationalists as subversives for 100 years.

Even if they (then about 35% of the NI population, now almost 50%) tried to fade into the background by adopting the Unionist/British mindset, they were never fully trusted.
They couldn’t win either way.

Which is an important point.

As an individual or a nation, you can’t win with gaslighters on their terrain

2) Scotland was shafted with The Vow, the Smith commission and English Votes for English Laws

Remember: You can’t win with gaslighters on their terrain.

You can only walk away. 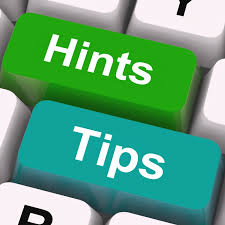 To avoid being gaslighted – trust your own judgment and your own common sense.

To recover from gaslighting: Non – engagement is the most successful way

This strategy will give you the time and space to heal and realize that your reality is not up for debate.

You can regain your sense of self and develop renewed confidence in your own judgements and decisions.

To counteract gaslighting on the national level.
Consider our own ‘public information’ releases.

Some short sharp truths about the Union and the state of it, need to be pushed hard and often. Retaliation in first!

Final Comment: So many Scots, Welsh and NI Unionists/Loyalists are not aware of how we have been (are) treated by Westminster and the UK Establishment.

10 thoughts on “Gaslighting – Time to Light Out!”