To followed by the 12th Day

It’s crept up on me unawares this year, beset as I am with other, more pressing issues

(What size T-shirt do I order online for my son?

Will I have a job after Brexit?

I have complained about the Loyal Orders  often enough over the years
It’s always the same old, same old

Year in, year out!

Burning rubbish, tatty flags and marching down roads where they aren’t wanted.

So here we go again!

Mervyn McOrange (mental age  3) claims the recent spate of incidents was down to “a small minority” who were inadvertently giving the rest of the Orange  community “a bad name”.

“Don’t paint us all with the one Orange colour,” he told The Mirror .

“There are some hard-working Orangemen in this area who just want to get on with their lives and feed their families. Nationalists and Republicans  are on about a Orange-cull and now every one of us fear for our lives, what with all this talk of a “new agreed, re-United  Ireland  and Scottish Independence”.

A F (no names, no pack-drill), had her heartland  East Belfast  bonfire burnt down ahead of time  by  Orangemen/Loyalists.

“There were about twelve of them in total,” she explained . “One asked me for a light, but I told him I didn’t smoke. Before I knew it another one was in my handbag, taking out my matches. I shooed them away, but they managed to take off with my match box. I haven’t been able to light a fire since”.

Since being robbed, Ms. A F said the Orangemen/Loyalists  have been updating her facebook page with  selfies, taunting her. 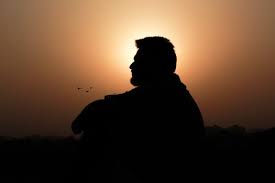 called for action against Loyal Orders and has invited members of their community to an emergency meeting.

“The only way we can stop this is to work together and pinpoint the perpetrators from the get-go,” he told  The Mirror.

There are an estimated 100 million members of the Loyal Orders   living in the Belfast area alone, with almost 14% of those with some form of criminal record.

“Many  members are unemployed, scrounging on the dole, living in disadvantaged areas,” added the Senator.

“Hopefully we can come to some solution with the Orange community, whether it be a social or a final solution”.