Irish voters  held the SF line along both sides of the border.

Today news has been released that the UK govt might be ready to throw the DUP under a bus!

‘A backup plan to impose border checks on trade between Northern Ireland and the rest of the UK at ports and airports to avoid a hard border with the Republic of Ireland after Brexit has been drafted by senior civil servants.’ 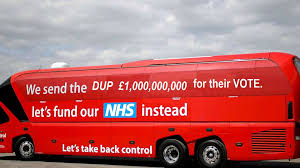 In other words there will be a controlled border between the UK and the EU at all British seaports and airports.

Northern Ireland will be politically part of the UK but in regulatory alignment with the EU27.

Comments:1) The backstop  is being “operationalised”

2) It fits in with what the majority of NI citizens voted for – Remain!
And what 50% odd of the population want if they can’t win any putative border poll

M.Barnier showed he had got the measure of the DUP

“He is understood to have told MEPs on his return to Brussels that the DUP – whose 10 MPs give May a parliamentary majority – had “used, or perhaps abused, their position in the House of Commons” to block a way forward”.

Comments:1) the UK Govt is struggling to cope with reality

“The EU says it wants to see progress on the Irish border issue by the time leaders meet in June. The U.K. doesn’t recognize June as a “deadline” and says that problem can be solved only through discussions on the wider future relationship.”

2) If Northern Ireland unionists want it to remain part of the UK in Name Only , they need to show a lot more flexibility on post-Brexit arrangements than the DUP are showing now. 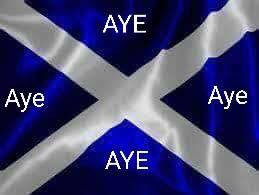 Meanwhile over in Scotland – the stand-off over powers returning from the EU  to the Scottish Government continues, with the SNP’s position backed by all parties except the Tories

Don’t be stiff! March the 5th. Bring everybody you know – even your Granny!

Let history record that we, in this place, in this time reaffirmed our intention to see an independent Scotland!

PS Warning for both nations:

“EU officials have warned the UK that Brexit talks could be suspended if no acceptable customs solution is found by a meeting of European leaders in June that avoids the creation of a hard border in Northern Ireland, The Times reports.

At a meeting last week, Irish Minister for Foreign Affairs Simon Coveney warned that Ireland would be ready to force a suspension of the talks if no progress is made, it has emerged”

Linking in with that the Independent’s report of the Public Accounts Committee hearing includes the sentence:
“The committee demanded an update from Defra by next month, “in case negotiations break down”.

And confirmation comes from the Irish

“Without movement in the British position the [Irish] Government has been clear that it will block progress on further negotiations on an overall EU-UK trade deal and an agreement on a transition period.

Officials are adamant that the EU strongly backs this position, raising the prospect of a collapse in the Brexit talks at or before the June summit.“

Anyway here’s a song for both nations tonight