I haven’t been here for a bit because I really have nothing much to say about witch hunts over political party sleaze and Russian intervention  into the Brexit referendum.

How slow and tedious  are political events at times.

After months of fruitless discussions

the DUP-SF talks at Stormont are at a standstill.

Stormont seems to be all over

And Brexit talks are at a standstill, too. Brexit seems to be all over, bar the shouting.

The UK government appears  stuck between

an implacable EU, an unrealistic hard-line Conservative Party wing  and the DUP .

Remember: The DUP’s expensively bought votes are all that is keeping May and the ultra-Brexiteers in business.

Yet it is clear that ultra-Brexit is not in the interests of NI.

So Unionism is more important to the DUP than the economy of Ireland as a whole and Northern Ireland in particular?

Why does May’s government flounder under the influence of this clique of hard Brexiteers ?
Because Brexit is a coup d’état by the hard-right and the far-right.

Because the Brexiteers are asking for a set of things which are impossible to achieve: leave the Single Market and the Customs Union as well as ECJ jurisprudence, yet have frictionless trade and no hard border in Ireland.

What are Britain’s  right-wing Conservatives  and the DUP dreaming of?

1) take Britain out of the EU

2) and take it out without an exit agreement,
3) outshine all the remaining EU states,
4) destroy the Euro
5) break the EU apart.

All it takes is some imagination, vision, flexibility, creativity, innovation, perception, foresight, far-sightedness and so on and so forth . . . . .

Comment: 27 EU countries just need to set aside their laws, rules and regulations and do what the UK government wants, then all will be well

How does the UK government  expect to achieve its total victory?

“A comprehensive U.S.-U.K. deal, based on reciprocity rather than on common regulation, would surely become the basis of a new global trading order. Instead of the corporatism that had crept into the Obama administration’s Atlantic and Pacific negotiations, it would be based on the straightforward principle of mutual recognition. How long before Canada joined? And Norway and Iceland, making a North Atlantic Free Trade Area? They have, after all, been talking about whether to join NAFTA for years. Australia and New Zealand would almost certainly follow, as perhaps would also other free-trading states, such as Singapore, Chile, and Taiwan”.

The UK Government will keep on pursuing these goals long after after whatever Brexit takes place, or does not take place.

They  also account for the UK government’s reluctance to satisfactorily discuss any of the EU’s requests,
1) Citizens’ rights
2) Irish border
3) Financial liabilities

despite agreeing to do so.

The  American Dream beckons the UK  – minus Scotland and Northern Ireland, of course 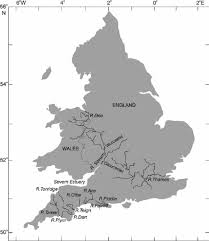 Query: What use is ENWA to the USA?

Once it’s outwith the EU, outwith Ireland, without Scotland ?

Westminster will not incorporate the principles of the Good Friday Agreement in the EU withdrawal bill.

The DUP has got Westminster to abolish  the BelfastAgreement/GFA!