The EU parliament did just that!!!!

It is to call for Northern Ireland to stay in the single market and customs union in order to protect the integrity of the EU’s borders.
MEPs have concluded it is the best solution to the problem of ensuring there is no border in Ireland.

The move has the support of all major political groupings in the EU parliament. 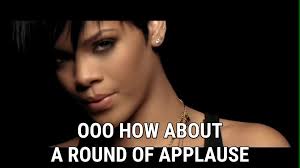 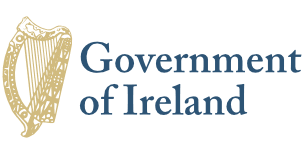 * And for Guy Verhofstadt,  EU Parliament’s representative in the Brexit negotiations, 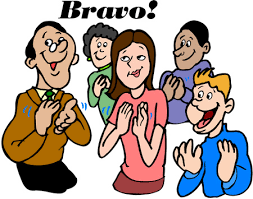 After the Brexit result we all knew the options were:
1) a ‘hard border’ with the UK outside the EU and the customs union and single market.

Comment: This would quite likely lead to a breakdown of the Good Friday Agreement and violence in Ireland. The EU knew Ireland would never accept it, and that Ireland’s veto could block everything that might otherwise be agreed

2) the UK stays in the customs union and single market,

3) Northern Ireland stays in the union and market- as the EU Parliament now proposes.

Comment: This breaks the log-jam in the EU-UK negotiations as the EU parliament proposes a reasonable solution which the UK seemed unable or unwilling to do 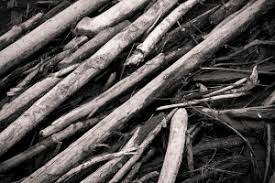 What caused the log-jam on this point? 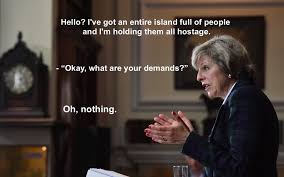 Either the British have no idea what to do with the border OR they are planning a massive betrayal of the DUP by pitching the Irish Sea Border option at as late a date as possible when it suits them.

Remember: The EU aren’t forcing NI to stay in the single market. They are simply offering it as the solution the EU wants Britain to arrive at. It”s the sane one, the cheap one, the least disruptive one.

Since the UK government has failed to come up with any workable solution so far, the EU parliament is making an attempt to move things along in the negotiations

What does it mean exactly?
No change in the current status of the border between RoI and NI. There will be an hard border in the sea between the island of Ireland and the island of Great Britain. And more importantly,  there will be no backdoor for the UK’s clandestine access the single market and EU territory

No border in the island of Ireland and continued EU membership.

Exactly what the majority of people in NI want.

How will the UK respond? 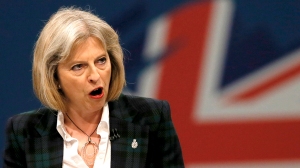 At the end of the day,the DUP are the only people who will object

The DUP are going to hate this as it differentiates NI from the UK.

They could cause the PM May’s Conservative Government  real problems, since they need the goodwill and support of the DUP for their survival in the Commons.

Watch the fireworks as the fragile Tory coalition burns to the ground. 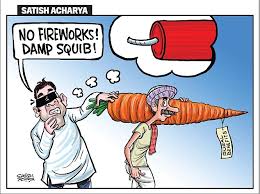 Better get the decorators in at number ten… 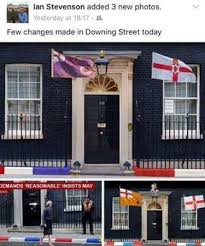 Selling it to the DUP 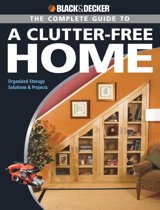 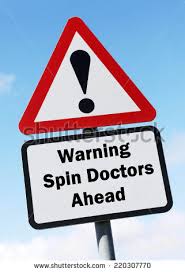 PM May and her tame minions in the UK mass media could call it a “rearrangement of regional sovereignty issues“. Then it would sound like they UK Government had taken back control and actually wanted this.

PM May will tell the DUP: 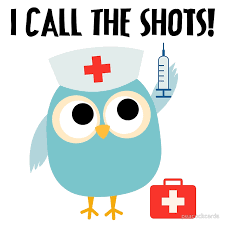 *If you truly support the Union between GB and NI why are you not helping my government as much as possible and smoothing our path in these difficult EU negotiations?
*You should not be strait-jacking my UK government.
*Remember you represent nobody in England, Scotland or Wales and a minority in NI
*You haven’t cashed your bribe money yet and there’s a Court case coming up
*You need to be more imaginative and creative about Brexit.
*Stop displaying your usual “Covenanter” Loyalty? I know you’re loyal to the UK government as long as we do what you tell us. That got us a long way with Bombardier. I even proposed a trade war with the USA to keep you happy. 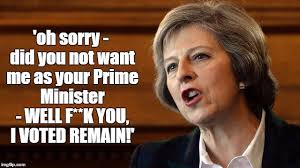 Why should the UK government, Ireland and the EU be held up to ransom by Orange Order zealots from the northern tip of Ireland?
The rest of us in Northern Ireland have been held hostage for  far, far too long 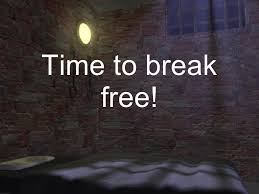 2 thoughts on “Giving Brexit A Shove”