20 years ago today, Scotland voted to have a Parliament for the first time in almost three centuries

Since then  the Scottish Parliament,  under the SNP  majority for the last 10 years, has:

Provided free university tuition since 2007.
Refurbished/re-built over 600 schools.
Built over 30,000 affordable/social houses with new target for 50,000
Crime at a 42 year low.
Free prescriptions.
Toll free bridges.
Frozen Council Tax for 9 years, now capped at 3% rise.
Free bus travel for over 60s.
Free personal care for the elderly.
Financed completely and delivered Glasgow Commonwealth Games.
50/50 gender split cabinet.
Protecting the Gaelic language and contributing to BBC Caesar!
Highest employment rates in the UK.
Police numbers up 1000 plus (while England and Wales they are over 10,000 down).
Nurse and Midwives numbers up 5%.
Despite UK austerity funding NHS Scotland outperforming every other NHS in the UK
Scandinavian style Baby Box initiative.
Mitigated the Bedroom Tax.
Carbon Emissions down 40%, ahead of 2020 target.
More than 50% of electricity generated by renewables, ahead of target.
A9 Perth-Inverness being dualled.
New Forth Crossing. (No PFI and under budget)
Biggest new hospital in Europe (No PFI and under budget)
Built Borders Rail Link.
Highest level of inward investment outside of London.
Onshore GDP growth every year.
Unemployment now at pre-2008 levels,.
Highest female employment rates in the EU.
Highest youth employment rates in the UK.
Equal marriage passed into law.
2014 Scottish Independence Referendum.
World’s first Tidal Energy Scheme.
Lowest ever class sizes in schools (1 teacher to 14 pupils here – England 1 to 27)
Highest ever Higher passes from our schools
Record number of students in full time college courses
Record number of students at university
Record number of new apprentices

Special thanks to Dave McEwan Hill  for this info

Compare and contrast with what Stormont Assembly, under a Unionist/DUP majority has NOT achieved in more  or less the same time-frame:

No updating of its mid-19th century Abortion Act

No Bill of Rights

No Agreement on the Long Kesh/Maze re-development

No agreement on legacy issues

No agreement on parades, flags and emblems

Little or no agreement on removing “peace walls”

I could go on but the message is

On the other hand we can rejoice in DUP corruption: 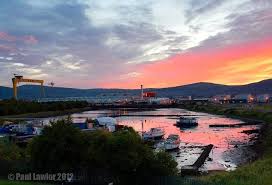 The East, East, East  Belfast firm had overcharged for housing Executive work.
Red Sky has admitted it mistakenly (?) charged the Executive for work on two apartment blocks that no longer exist.

SIF funding indicates the level of institutional support for loyalism. It reveals a system of pay offs and patronage that continues to underpin the political settlement in the north.

The DUP/UDA alliance utterly negates the Fresh Start Agreement – and  all the claims  that the peace settlement  would lead to a democratic and non-sectarian society.

The DUP received £435,000 for the party’s Brexit campaign. The cash – which was spent on newspaper adverts and campaigning, all outside Northern Ireland – came from a shadowy pro-union group called the Constitutional Research Council. Richard Cook of the Scottish Conservatives, who lives outside Glasgow, has since emerged as the only individual linked to the £435,000 DUP donation

Jeffrey Donaldson MP, DUP Treasurer,   admitted to that he didn’t know that Richard Cook, chair of the Constitutional Research Council, had founded a company in 2013 with prince Nawwaf bin Abdulaziz Al Saud. Prince Nawwaf is a former director general of the Saudi Arabian intelligence agency and father of the Saudi ambassador to the UK. 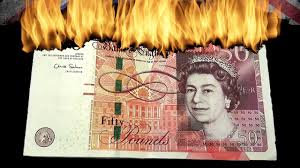 Minister Arlene Foster promoted the Renewable Heating Initiative, otherwise known as “the more wood you burn, the more you earn”  or “Cash for Ash”  It’s predicted to cost taxpayers nearly 500-million pounds sterling over the next 20 years. Most of the beneficiaries are allegedly DUP “fellow-travellers” It triggered the collapse of the Stormont Assembly.

Ian Paisley Jr, one of the DUP MPs propping up PM May is facing a parliamentary inquiry after a Telegraph investigation revealed how he accepted holidays worth £100,000 from a state he is now helping to secure a post-Brexit trade deal.

Comments. the mills of God and  the Law grind slow but they do eventually grind.

He has been suspended for taking a holiday with the Sri Lankan government’s money.

DUP MP Ian Paisley has been suspended from the House of Commons for 30 days.

He later lobbied the then prime minister David Cameron on Sri Lanka’s behal, despite breaches  rightsf.

He has been suspended  by the huse of commons for going on two separate holidays to Sri Lanka, that were paid for by their government.

And from the DUP ‘pending further investigation into his conduct’.

Comment: loss of one Crucial DUP MP for PM May as she struggles to hold her government together in the Brexit storm
Queries: Did anyone ask the  the DUP leadership whether they knew about the trip and the failure to declare it ? Did they not know a thing about the Sri Lankan connection ?
Did Ian Pkeep it from them ?

DUP accepted £1 billion  to support the Conservative Government. This support appears to involve “rigging” Westminster parliamentary committees to ensure  Conservative/DUP majorities as May’s government pushes through its Brexit plans. The DUP say they will back the government’s proposal and   has been given eight seats on Westminster select committees. Despite this generosity the DUP abandoned PM May  on the public sector pay cap. They  voted to increase NHS workers’ pay and the scrap tuition fee rise, thus upping the ante.

Comment:  Looks like   the price of Loyalty will rise whenever the going gets hard. The DUP  is thoroughly versed in the art of extortion. Is the PM putty in Arlene’s hands?

Carwyn Jones, then the first minister of Wales, described the cash as a “straight bung to keep a weak prime minister and a faltering government in office”.

The Scottish first minister, Nicola Sturgeon, characterised it as a “grubby, shameless” deal.

But, soft! what light through yonder window breaks?
It is the east, and Law is the sun.
Arise, fair Law, and kill the corrupt DUP

Green party politician Ciaran McClean  from Northern Ireland says pact breaches impartiality obligation in Good Friday agreement, and the Bribery Act.His father, Paddy Joe McClean, was one of the founders of Northern Ireland’s civil rights movement in the 1960s and  one of the “hooded men”, a group of 14 activists interned in 1971 in the early years of the Troubles and subjected by special branch officers to what the European court of human rights subsequently ruled was “inhuman and degrading treatment” but stopped short of torture.

Recently declassified files detailing the brutality has led to their case being reopened. Paddy Joe McClean is 84 and approves of his son’s legal challenge.

The hearing is scheduled for 26th October this year

“No timetable has been set for the making of such payments.”

What does the DUP say?

Nigel Dodds MP, DUP deal-maker,  stated that the DUP would not tolerate a situation where there is stalemate and the government cannot get through business related to Brexit, national security or finance.

Comment: I’m not sure if that’s a dagger Mr Dodds and the DUP see before them or a false creation proceeding from their power, money and ideology oppressed brains