Well done to the people of France and congratulations to M Macron!

I know- you would all have preferred a left-wing president

But  Ma Crone is better than  Le Pen

The Brexiteers must be so disappointed.

NB. Mrs May is on a war-footing!

The Johnny Foreigner she has  hired to advise her in her Brexit negotiations is a negotiator who specialises in military conflict resolution.

Why does   Theresa May’s team want to rachet up  tensions with the European Union even more?

A cui bono? Who gains?

The EU? Or the lone UK manual worker? Chip, chipping away? 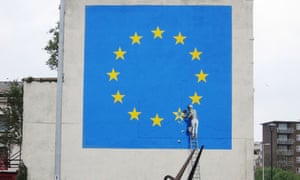 PS – The BBC reported the Conservatives had a sweeping win against the  SNP  in the Local Scottish Elections on  4th May,

Will the BBC now spin M Macron’s victory  as a win for le Pen?

One thought on “Le vote is mightier than Le Pen.”