Right from the Brexit Referendum announcement, we warned that a vote to Leave the EU risked breaking up the UK.

The other  27 states  in the EU recognise a bargaining chip when they see one. With around 50% of the population in both Northern Ireland and Scotland straining to break free of the UK Union, they’re holding two very high value chips. 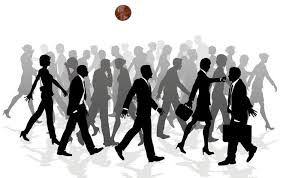 with the UK Cabinet.

While the House of Lords hogged the limelight discussing amendments to the Brexit Bill,

the UK Cabinet  spent most of its time this morning discussing the importance of the UK Union.

Query: Does  Theresa May  finally realise it is under particular strain as she prepares to pull

“A word to the wise is enough”

The Prime Minister told her colleagues: “The Government recognised how much we all value and recognise the Union, how it had been an incredibly successful partnership. We must continue to point that out.
“Everyone around the table wants the Union to work and stay together.“
The spokesman added: ” it’s the most successful political union of countries that’s been seen and it is critical that we continue to maintain, strengthen and nurture a 300 year-plus relationship”.
“Members of the Cabinet then spoke out in favour of the Union, particularly in relation to the work that their departments carry out around the devolved administrations. There was a consensus about the importance of maintaining a level of engagement and work to strengthen and enhance the Union going forward“.

Comment: Understandable sentiments from the Cabinet – the UK wouldn’t exist without the Union

Arlene Foster says the Union serves  to stop Gerry Adams, Sinn Fein and radical Republicans and Nationalists from taking power in  Stormont – even though they do hold it already.

Queries: Why don’t they tell us why the Union is so important? And how? And to whom?

Scotland is already asking “Why we do need the Union? Give me a positive reason for it now”

The PM’s spokesman  insisted it was a general and wide-ranging discussion. They probably made plans.

declaring their love for the Union was a worthwhile way of spending their time,

instead of addressing the NHS, social care crisis and worries about business rates,

the spokesman said Cabinet was still “most relevant”.

Comment: In other words  the UK cabinet has finally realised . . . . .

No Scotland, no Northern Ireland and no EU membership =

= no oil, no seat on the UN security council,

= no more demands that have to be satisfied by the rest of the world,

= no influence, no banking passports, no punching above its weight,

= no guarantee former colonies and Commonwealth countries will welcome it with open arms,

= no shipbuilding and little heavy industry, no farming subsidies, no funds for research and town building . . . . . . 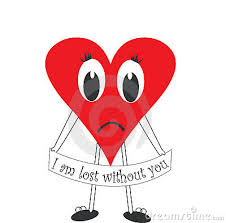 and that everyone else Query: Will the UK trigger itself out of existence, and off the stage of history, as it triggers Art. 50?