The Leave vote indicated to the world that England and Wales are not interested in political union, currency union, freedom of movement and a single market. These core principles are the basis of the Union of nations within the United Kingdom, yet the English and Welsh have rejected them. Here’s what the British  PM Theresa May said today.

Main points:
1) “We will leave the European Union as one United Kingdom. There is no opt out from Brexit,” and I will never allow divisive nationalists to undermine the precious union between the four nations of our UK.”

Query: Which divisive nationalists is PM May referring to? UKIPPers and the hard Tory Brexiteers?

2) England will prevail, at any cost
May stressed the task of overseeing the negotiations would be entirely up to the government, which would “get on the job” without being delayed or derailed by parliament or devolved administrations. PM May seems to think that she and her cabinet have the plenipotentiary powers, to draw up a Brexit strategy, set out the UK’s terms and conditions, negotiate with EU27, agree an exit package, and force it upon the UK citizenry without so much as a by your leave from Parliament. Westminster will not be informed in any case about what is going on so as not to “reveal the UK Govt’s negotiating strategy” to the EU.

Query: Hasn’t PM May’s speech just done that? The EU now knows when Art 50 will be triggered and what type of Brexit the UK wants –  no EU law, no free movement of EU people etc.

She even told viewers she didn’t want the single market:. “We are going to be a fully-independent, sovereign country,”. “A country that is no longer part of a political union with supranational institutions that can override national parliaments and courts.”

Brexit meant having “the freedom to make our own decisions on a whole host of different matters, from how we label our food to the way in which we choose to control immigration.” 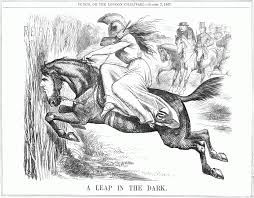 3) the “Great Repeal Bill” – a sop to Westminster,  a kick in the teeth to the EU, and proof the UK didn’t get the name “Perfidious Albion” for nothing –  will be introduced in the Queen’s speech sometime in May 2017 (date not yet confirmed)
a) Although it will repeal the European Communities Act 1972, by which UK law was made temporarily (for 46 years) subservient to EU law, the Great Repeal will say that all EU law continues to apply in the UK until Parliament decides that it doesn’t.

Comment: The UK is legally out of the EU but technically still ‘compliant’ with its laws. Therefore in Tory thinking,  the UK is entitled to a trade deal with the EU and its single market.

b) The “cherry-picking “starts as Westminister decides which bits of EU law to keep – which could could take 10 years. In other words Westminster is going “Cherry-pick” EU laws which the EU said was a big NO-NO. But as it will be doing it from outside the EU I suppose it won’t matter to anyone except the people in the UK.

c) Compliance with EU law and having the European Court of Justice are crucial in Scotland and Northern Ireland, the acts covering their devolved administrations and the Peace Settlement in Northern Ireland

Queries: How long before they are “cherry-picked”?

If Irish nationalists/republicans were subjected to horrors during the 50 year reign of the Orange State in NI, how will EU citizens be treated when they are locked in with permanent DUP/right-wing English Tory overlords?

If Scotland suffered  during the Thatcher years and the Poll Tax ignominy, how will her people feel locked in with permanent right-wing English Tory overlords, which they don’t vote for?

There’s a hard road ahead  and we need to look out  for  our own survival as best we can.

Questions for NI, Scotland and indeed the ROI:
What do we want, what do we need, and what can’t we live with and/or without?

The answers will help determine what we need to do

As a member of of the EU, Ireland works to promote its interests (which are more than economic) within the EU. In the Brexit negotiations, which look increasingly like being short and very sharp, Ireland will try and get them protected within the EU’s position in the negotiations.

So what are the most important interests to be protected by the Irish government?
The peace that followed the Good Friday/Belfast Agreement. The well-being and prosperity of all the Irish citizens who hold EU passports.Safeguarding the rights of Northerners to stay within the EU.

The  Deputy First Minister of Northern Ireland Martin McGuinness insisted that since 56% people in Northern Ireland voted to remain in the European Union that vote “must be recognised and respected in any negotiations” on Brexit. Fine Gael are in the strongest position to voice Irish concerns. NI’s elected representatives might as well not be in Westminster- The DUP supports Leave, no matter what the people of NI voted, Sinn Fein doesn’t take its seats in Westminster. The other 5 NI MPs are hardly a whisper in the wind as 59 SNP MPs can’t make their voices heard. .

Should Ireland just ignore the UK? But isn’t the UK Ireland’s biggest market?
Yes it may well be today.It may well have been in the past due to political circumstances. There’s no law to say it will be in the future. Markets can and do change – old markets die off and new markets open up.
Comment: Irish politicians should agree on something that benefits everyone living on the island of ireland. Once the all island agreement has been presented, the UK will have to come up with a very good reason why it can’t be applied.

PM May’s speech displayed a fairly clear stance against Scottish interests . Hitting EU legislation could deprive Scotland of the opportunity for a second referendum which  PM May has said shouldn’t be held. The final arbiter to allow a referendum or not will lie with the English Supreme Court. Guess what that decision will be?

The Scottish Govt could perhaps start exploring the legal possibilities of a Bill for Dissolving the Union between Scotland and England. It has already started the process of determining what the Scottish people want by means of a national survey and is producing a new Bill for a second Independence Referendum (IndyRef2)

Scotland has two choices come IndyRef2.
Either to become Independent and create a better future for everyone in the country, or to be destroyed as it becomes a remote backwater on an isolationist island.

It really is that simple.

Remember: The EU will be happy to keep Northern Ireland and an Independent Scotland. Indeed it has no mechanism for expelling EU citizens or stripping them of their citizenship.And what a message NI and Scotland remaining will send to the rest of the world! 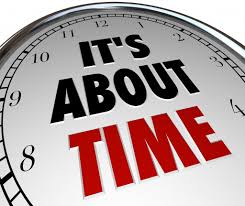 *for Scotland and Northern Ireland to reject the British Union, particularly as they have just been told they don’t count and the UK Government doesn’t care.
*to let England and Wales go their own way.

And time apears to be of the essence.

PM May has said she will trigger Art 50 by end of March 2017 at the latest. Westminster civil servants are aiming at having everything ready for mid-January.

Even though 2 years is the maximum (unless there is 100% agreement on extending the time) negotiation period, the UK might have it done and dusted in well under 2 years.

A hard Brexit negotiation is likely to be sharp, swift  and to the point. 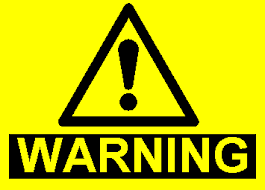 Ignoring Northern Ireland, the Republic of Ireland and Scotland could be the best way for the UK to keep the Union together  . . . . . .

as long as everything is done quickly, leaving Scotland and Ireland little  time to organise  and implement any counteraction to this strategy.

Time in a Bottle

12 thoughts on “Post-Brexit – Northern Ireland and Scotland to be seen and not heard?”