Retired Empire-builder and former member of an exclusive, sophisticated European club,  Mr UK Britain is not a well man. A rather nasty note from his Japanese business partners, pointing out they intended to look after their own interests, no matter what he did, came as a big shock to his system.

He is now an angry old man in the hospital He’s saying  he thinks the Black/Philippine/Irish/Italian/Polish nurses are stealing his money.

He overlooks the simple fact that if it wasn’t for them he would be dead in less than a day.

He rants about the hospitals in his youth,forgetting people didn’t live to his age back then, and reminisces about the time when  all the nurses where white and Matron was in charge

Housekeeper May now has to organise things in a way that satisfies that old man.
And satisfies his sister-in-law

Eire Ireland
“I want the rest of my dowry back. Those stolen six counties belong to me and I’m not having any frontier running through them”
And his needy son,True-Blue  “I’ll hold the fort”  Ulsterman

Jack Bull, who repeats non stop “Never, ever, ever, No Surrender”
Who Mr UK Britain  has already given into two or three times too often as he tried with all his might to hold on to  ex-wife Eire Ireland, proclaiming
“I never wanted to be a divorced man”

Miss GFA Northern Ireland has her own demands to make
“You promised, you signed up to the agreement. You can’t renege now. What’s going to happen to me? What will my mother say? And my godparents, the EU and the USA?”
His lovely long-silent niece Ms  Ape-Gibraltar 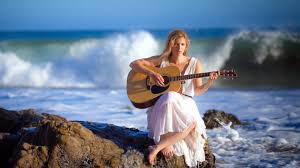 who wiles away her time singing swan-songs along the Spanish Riviera has her own  word to put in
“What about me? You’ve kept me here long enough supposedly looking after your interests. Well I’ve had enough. I’m going to look after my interests and look kindly on that sexy

who keeps courting me!”

announces Mr Britain’s illness is not fatal. It’s degenerative.
“We are going to have years of this, and it is foolish to think that the family mood will not change. There’s no evidence to support their present positions. Of course we will consult with them but Mr UK Britain will decide. His decisions are always best for all in this family of nations. They always have been. Always. And will continue to be so right up to and including the last moment”.

Comments: House-keeper  May seems to be taking Mr UK Britain’s illness  as a mandate to do whatever she wants. She may not know what she wants to do yet but she’s going to bypass everybody including the staff and servants. She’s in charge now and says they don’t count anyway.

Whatever she ends up doing, is clearly going to disappoint an awful lot of family members.

They may end up with exactly the opposite of what they want.

6 thoughts on “Post-Brexit In the Dysfunctional Family of Nations – Huge problems, No solutions!”