Today: We have no concrete news on what Brexit plan Whitehall intends to pursue, nor when it intends to trigger article 50. The government does not know what it wants and is not yet equipped to ask for it.

Mission:  Pull the UK out of Europe without huge economic damage and political anger.

She hasn’t much of a choice.

Triggering article 50 whenever, sometime between now and end of 2017 or further down the line means:
1)taking time to negotiate an exit and preferential trade arrangements,
2) not caring about the impact on other EU countries,
3) hiring consultants, trade and legal experts in EU law at astronomical costs. The extra cost of negotiating Brexit is reckoned to cost £5bn – which taxpayers will have to pay.

4) Putting other government projects on hold as Brexit negotiations go ahead.

Comment: This is a rather bizarre fall-out since we were  told that leaving the EU would reduce bureaucracy, costs etc,

What’s a “hard” Brexit?
The U.K. simply informs Brussels that it has left the EU. Westminster repeals the 1972 European Communities Act, unilaterally taking the U.K. out of the EU. To be honest, some Tory MPs are  putting forward a proposal to scrap the 1972 European Communities Act and leave “immediately”.  This plan is actually is “on the table” Tory MPs call it “unilateral continuity”. Other countries call it “perfidy” It would require a vote in parliament and might well  be voted down!

1) UK’s reputation in tatters. If London broke its international treaty obligations, that would jeopardize its chances of striking deals with the U.S. and China, which would see it as an untrustworthy partner.

2) Although the EU could sue for breach of treaty, a hard brexit  might actually suit it.

3) Illegality. It would weaken Britain’s hand in negotiations, which would be needed to tie up thousands of loose ends ranging from pensions, healthcare, EU citizens here and UK citizens there.

Checkmate Scottish nationalists and Irish Republicans/nationalists, north and south of the border, soon to become an EU frontier.

What about Northern Ireland?

By withdrawing from the European Union, and  vowing to abandon the European Convention on Human Rights (ECHR), the UK tears up several key clauses in the GFA/Belfast Agreement, and effectively repudiates the 1998 peace settlement. Any  prediction as to  where this could  end up is, in my view,  worthless as no road-map of any type has been produced or even hypothesized.

And what of Scotland?
Brexit could cost the Scottish economy billions of pounds.
Nicola Sturgeon published an analysis of possible Brexit consequences, saying the Scottish economy could lose between £1.7bn and £11.2bn a year by 2030 – depending on whether there was a hard or soft Brexit

.“What today’s publication illustrates is that, whatever the final form of Brexit – whatever ‘Brexit means Brexit’ turns out to mean – the old argument that the UK somehow delivers financial security for Scotland, no longer holds water. Brexit will be deeply damaging to Scotland’s economy and finances.”

Conclusions:
If the UK opts for a quick “hard” Brexit, Scotland remains part of the UK, with no chance of Indyref2. With a soft Brexit, the UK risks losing Scotland. Scotland suffers with any type of Brexit.
Whether it opts for a hard or soft Brexit, the GFA and all later agreements with Ireland  are dead ducks. Power-sharing’s gone, Stormont’s gone – Ireland’s repudiation of Articles 2 and 3 of its constitution is wiped out – all as if it never was!

Query: So does  a hard Brexit mean waving 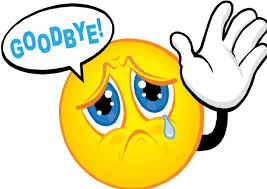 to an Independent Scotland and a Re-unified Ireland?

After all , whatever happens,  remember Westminster’s blatant arrogance