100 years ago most of Ireland left the Union.
The 6 Counties that stayed may now have to leave  to comply with what its majority voted for in the referendum i.e. to remain in the EU
Scotland is ready to leave to ensure it remains in the EU.

Gibraltar, that “English Rock” also prefers to remain in the EU

The EU want the England and Wales to get going soonest. But are amenable to discussing the pickle Scotland, Gibraltar, Ireland and N Ireland find themselves in vis à vis Westminster, the UK parliament

Westminster’s attitude is the source of all these problems

Here’s just one example  of it as refers to N. Ireland
Notice the contradiction in what the GFA contains:
“recognise that it is for the people of the island of Ireland alone, by agreement between the two parts respectively and without external impediment, to exercise their right of self-determination on the basis of consent, freely and concurrently given”
and
“When the Northern Ireland Secretary of State decides that it would be appropriate to hold such referendums…”

Comment: No objective criteria to be satisfied, no quality control indicators to be applied, just a subjective “Impression and Decision”

Mr James Brokenshire, new Secretary of State for Northern Ireland, dismissed the idea of a border poll.
Comment: That’s it settled. So it is!
Remember: N Ireland is not getting a Border poll because Westminster will not allow us to have one
Query: Bullying anyone?

1) Arlene Foster’s ego, as she rubbished and whined about the All-Ireland Brexit forum before it was even proposed

Query: If we can’t even talk about it, where does that leave NI, the Rep of Ireland, and the EU…?

And 3) Westminster’s egotism because, hard as it may be for Westminster to accept, the question of N.Ireland’s and Ireland’s constitutional settlement within the EU is not only about England.

Queries:  What lies behind this intransigence?

What underlies England’s difficult relationship with everyone else?

The absolute authority of Westminster derives ultimately from the Monarch.

The Monarchy is central to the mythology of the Houses of Commons and Lords.

Its patronage bestows grace and favours on those whose actions they approve and who do their bidding.
Here’s just one example

Since Westminster MPs swear an oath of allegiance to the Queen and her heirs,  parliament will never concede that the people are sovereign, because that would place a body above it and the monarchy.

Hence the centuries old hatred of Republicanism, particularly Irish Republicanism, even to forbidding the expression of republican ideas until the 1990s. Indeed it is still illegal to call for the abolition of the UK monarchy

Which exploded in fervour, desperation and general nastiness  after the English rebelled against its ruling class with its Leave Vote 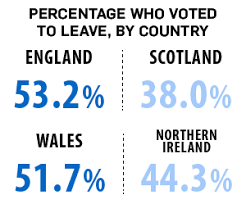 It’s not because Mr Corbyn is a republican and  socialist –

It’s because his mandate derives from the “people” and as such is a threat to far more than a few MPs seats.

Queries: If Mr Corbyn wins, is the UK on the slippery slope towards Elizabeth The Last?

Is it anyway as Gibraltar, N Ireland, Ireland and Scotland draw up their plans to ensure they remain in the EU?

And faced with this prospective, what now  for Irish men and women?

Here’s some good advice from

“The island must speak with one voice – united and indivisible in the face of an aggressive isolationist agenda in Britain.”

2 thoughts on “Post-Brexit: Elizabeth the Last?”