“Britain doesn’t quit.”
Doesn’t it?  It has. Its politicians certainly do.
PM David Cameron has resigned, breaking his promise to trigger Article 50 immediately after the Brexit vote. He’s not going to be the one to do it!  Chancellor George Osborne is said to be going on Monday, Johnson bowed out on Thursday.

Farage, Johnson and Gove are nowhere to be seen and

Her Majesty and family  were busy Saturday at a society wedding .

Arlene Foster’s still hanging about though – no sign of a resignation letter from her even though she lost the referendum in Northern Ireland.  She said: “I make no apologies for making my own stance clear but resignation calls are nothing more than party political stunts.”
Comments: There’s no Brexit government-in-waiting with a cunning master plan to make Britain Great.
According to the English establishment, Brexit was caused by Mr Corbyn

– who’s under attack from his own shadow cabinet, over 10 of whom have resigned. he now faces a leadership challenge

Like  all the other Labour backstabbers, Hilary Benn and company  put their careers before the needs of the people they’re meant to represent. They don’t seem to realise that all the electorate see in the Parliamentary Labour Party are disloyal career politicians who are only interested in feathering their own nests and climbing the greasy pole. That’s why people have stopped voting Labour
Comment: The Westminster establishment is ripping itself apart, with no thoughts to spare about the electorate

Does anybody know who’s in charge? More to the point – does anyone actually want to be in charge? Anyone want to be the one that triggers Art.50?

Remember: England voted Leave, not the UK
Let’s get a few things straight. For many people England is the UK. Brexiteers only care about England. Scotland and Northern Ireland  are add-ons that have no say at the end of the day.  The majority of English people ignored the consequences for Scotland and Northern Ireland just as resolutely as Arlene Foster ignores the existence of the Republic of Ireland.
What a sham of a Union !
Brexit has crippled the UK economy, damaged global investor confidence, and fostered the rise of English ultra-nationalists
Why should Scotland and Northern Ireland, the majorities of whom voted Remain, put up with this chaos, do as we are told and submit to being dragged out of the EU in the wake of England?

Because Brexit is the price we have to pay for Union?

Time to end this farce !

Once more chance in  the series of  England’s difficulties to become   Ireland’s opportunity.

This time it’s Scotland’s too!
Time for Scottish and Irish nationalists/republicans to strike while Westminster is in total confusion!

What can we do?

“Those who want to stay are welcome in the European Union.”

Ms Sturgeon, First Minister of Scotland, is setting wheels in motion.  Scotland plans to enter discussions with European Union institutions and European governments to protect its place in the bloc.

She can go to Brussels and say: “We want to stay, we want to remain part of the European Union, our people democratically voted twice to remain and be an independent state within the EU so that is a double mandate, can you help us out in that respect?”

Mr Martin McGuinness, Deputy First Minister of Northern Ireland,  should be using his status- if not formally his office- to demand an agreed strategy with the Irish government (with or without Arlene’s approval) to protect Irish interests. 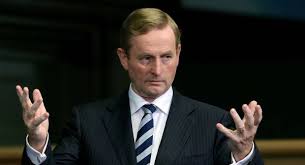 Enda Kenny, Taoiseach of the Republic of Ireland,  said the Irish government, the British government, and the Northern Ireland Executive all want the open border with the north retained.That may well be true – but since Brexit the EU now has a major say in what’s going to be its land border.

Ireland has 26 allies in Europe who will welcome a Re-united Ireland and an independent Scotland  into the EU – if only on the grounds that half a loaf is better than no bread.

Instead of posturing as England’s new best friend, Mr Kenny should be  making the case as to why EU membership was and remains the best option for the Irish people, north and south, considering the political and economic  dangers of re-instating a hard border, and penning Irish people against their will   into  a reactionary UK province.

He’ll have 26 allies in Europe to back him up! 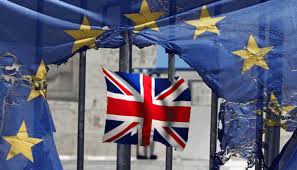 And talking about, or to,  the EU,

Theresa Villiers,Northern Ireland’s lovely Secretary of State,  English Leave campaigner, doesn’t speak for people in Northern Ireland. She needs to explain in full detail her criteria for a border poll and her reasoning on why there should not be one, given that with Brexit, England appears to have reneged on the Good Friday Agreement.

Finally, Mr Manfred Weber called on the British government to trigger Article 50 – which officially begins the process of leaving the EU – immediately.

Martin Schulz, president of the EU parliament, agreed
“That is why we expect the British government to now deliver. The summit on Tuesday is the right time.”

Mr Cameron’s decision to wait until October to leave was “scandalous” and tantamount to “taking the whole [European] continent hostage”.
He added a prolonged exit was ‘the opposite of what we need‘, adding that it was difficult to accept that ‘a whole continent is taken hostage because of an internal fight in the Tory party’.

England is dragging its heels, talking about a new Prime Minister, a general election, a second referendum and Westminster parliament refusing to ratify the Brexit vote

The four biggest groups in the European Parliament have also drawn up a draft resolution calling for Cameron to set the Brexit ball rolling on Tuesday,

Comment: Mr Cameron will probably stay disappeared from European institutions, maybe with a convenient diplomatic illness, for quite some time