With less than 3 weeks to go to the referendum the Brexiters seem to be winning.

Still within the margin of error, still with all to win or lose.

The Mirror has already said more or less  all it wants to say on the topic.

One message  I will repeat –Brexit is an English issue

and Tory on Tory to boot.

Brexit has really nothing to do with the very diverse issues facing  minority populations in Scotland,Wales or Northern Ireland.

So what happens to us?

Remain and Leave in Scotland, Wales and Northern Ireland, January-May 2016

The SNP has long stated that could trigger a second Independence referendum for Scotland.

Could it trigger a Poll on a Re-United Ireland, which is foreseen by the GFA/Belfast Agreement?

As far as Scotland and NI are concerned, with a Remain vote of 55+% the Scottish Parliament and the Stormont Assembly could well (and some might argue should) reject the Brexit result as not applying to them and call for separate negotiations with the EU.
A Scottish team would then negotiate the terms of Scotland to remain an EU member state if it votes for independence prior to the UK leaving the EU.
Teams from Northern Ireland and the Republic of Ireland would presumably link up to do likewise. 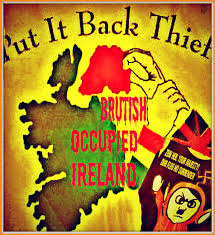 As might Wales.
In other words, Scotland, Wales and Northern Ireland become the continuing state, inheriting the UK’s membership of the EU on the basis that we are currently members, meet all EU regulations and membership criteria and have democratically voted to stay a member in a nationwide referendum.
2) A slim majority in England votes Brexit? And Scotland, Wales and NI vote Remain, swinging the UK vote to Remain? Keeping England  in the EU against its will.
Enter onstage – a constitutional crisis.

So same sort of scenario as above.
But this time England alone negotiates to leave. If it doesn’t, the UK as a country will become ungovernable.

In support of what I’m hypothesizing, if there is a vote for Brexit:

1)An exit from the EU is actually not deliverable.

The EU referendum is merely advisory; it has no legal standing to force an exit.

2) An Act of Parliament is needed to revoke the European Communities Act 1972 (by which Britain joined the EEC ) or  a Bill enabling the Government to start  Leave negotiations.

Whatever is decided upon, a vote in Westminster will be required.

3)Pro-Remain Westminster MPs (454  vs 147 Brexit supporters) may use their Commons majority to keep Britain inside the EU single market  on the grounds that  a post-Brexit government could negotiate a limited free trade deal with the EU, which  would damage the UK’s economy.

So a Brexit vote  might well be defeated by the pro-remain MPs (Labour, some Conservatives, SNP etc)

Remember: 1) If the UK votes for Brexit, there is a 2-year gap for negotiating exit terms once Article 50 of the Treaty on European Union  is triggered.

2) During the two-year negotiation period, EU laws  still apply to the UK.

3) Scotland, Northern Ireland and Wales are EU members. We cannot be removed from EU membership as long as we are in the process of leaving the UK at the time the UK/England leaves the EU.

Post-Brexit: It’s impossible to predict what the future of the UK might look like or even whether it will exist at all in its current form 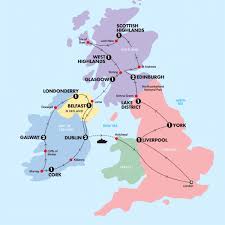 The mechanics of leaving the EU – explaining Article 50