25-year-old Able Seaman William McNeilly,an Ulster-born submariner from Newtownabbey, just north of Belfast, Northern Ireland  joined the Royal Navy in July 2013. What he saw shocked him so much that he felt he had to break the law and reveal the scandalous conditions on the submarine to the public and politicians.

He writes  “I am a strategic weapons systems engineer who has sacrificed everything to tell the public how close it is to a nuclear catastrophe.

“I’ve sacrificed my freedom, time with my family and friends, a good paying career, my life savings, possibly my life itself; just to get this information out to the public. This is more like David vs Superman than David vs Goliath, alone I have no chance, but you the people are the kryptonite.”

He  has gone on the run after alleging critical flaws in how the UK’s Trident nuclear missile system is being operated.

He criticised measures in place around the Trident submarine programme, describing it as a “disaster waiting to happen”.

He claimed there are fire risks and leaks on board and that security checks are rarely carried out on personnel and contractors working on the submarines when they are docked at Faslane.

You can read  his   report here as he  published it  on the internet. It is certainly not going to win the Nobel  for fiction or non-fiction but it deserves reading.

Mr McNeilly is now believed to be outside the UK, absent without leave from the Navy and expecting to be arrested on his return.

It’s  one of three operating bases in the United Kingdom for the Royal Navy . It is the RN headquarters in Scotland

It is best known as the home of Britain’s nuclear weapons, in the form of nuclear submarines armed with Trident missiles.
It lies on the eastern shore of Gare Loch in Argyll and Bute, to the north of the Firth of Clyde and 25 miles (40 km) west of Glasgow. 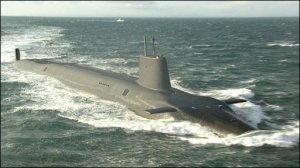 The UK Trident programme, which replaced the Polaris system,  encompasses the development, procurement and operation of the current generation of british nuclear weapons, and the means to deliver them.

It was announced in July 1980, and patrols began in December 1994. Since 1998, Trident has been the only British nuclear weapon system in service. Its stated purpose is to provide “the minimum effective nuclear deterrent as the ultimate means to deter the most extreme threat.”

What do the Scottish people think?

Faslane Peace Camp has occupied the roadside verge preceding HM Naval Base Clyde, home to the UK’s Trident nuclear missile submarines, for 32 years – more than three decades of sleeping in the forest to rid the UK of nukes.

A YouGov poll showed, that when Dont Knows are removed, 53% of people in Scotland want to see an end to nuclear weapons.

Only 20%  want to see the UK replace Trident with an equally powerful nuclear missile system.

The SNP’s position is of not wasting £100bn on the renewal of Trident.

A pre-election survey of 500 candidates from across the Scottish  political spectrum  showed 80% would vote against replacing Trident.

A recent report from the MoD disclosed that between 2008 and 2012 there were 262 nuclear safety incidents at the bases.

So the whistleblower’s report is hardly surprising.

What did the RN say about it?

“The Royal Navy takes security and nuclear safety extremely seriously and we are fully investigating both the issue of the unauthorised release of this document and its contents. The naval service operates its submarine fleet under the most stringent safety regime and submarines do not go to sea unless they are completely safe to do so.”

·         The document contains a number of subjective and unsubstantiated personal views, made by a very junior sailor, with which the Naval Service completely disagrees.
·         Whilst it is right that the contents of this document are considered in detail, we can be clear in itself it does not pose any security risk to our personnel or operations.
·         We can confirm that AB McNeilly is a member of the naval service.
·         The Navy is concerned for the whereabouts and wellbeing of AB McNeilly and is working closely with civilian police to locate him.

What did Mr Mc Neilly say? 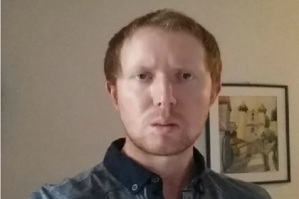 McNeilly stood by his leaks.  He said he had anticipated that Royal Navy chiefs would go on the offensive rather than tackling the safety and security issues he raised.

“Security at the site must [be] heightened immediately whether you make the transition to nuclear disarmament or not. Responding by downplaying a report because there’s lack of seniority, acting like your security system is impenetrable and your aged system is still in excellent condition for sailing, is not an adequate response,”

“I’m just letting you know I’m alive and well. Some of you may already know I’m an engineering technician on the UKs nuclear weapon system (was), but what you don’t know is, I’ve been working covertly to eliminate the biggest threat to the UK for about a year.

Why did he blow the whistle?

“My real intentions along with more than enough information to eliminate the Trident programme are contained in a report that was released on the 05-05-15. I don’t know how many laws I’ve broken along the way; I doubt men live long enough to serve the sentence they’ll give me”.

“Don’t feel bad about whatever happens to me. I had choices: I could’ve kept a good paying career or I could’ve gotten rich from selling the information, but in this fight I’ve always chosen the best path for the people I swore to protect”.

Is he satisfied with what he’s done?

Where is he now?

“Choosing the best path every time has left me alone in foreign land, spitting out blood, spending my life savings, knowing I may never see my family and friends again, knowing my life and freedom could be over at any minute.”

What does he hope will happen to him?

The killing me option is no longer beneficial for them.

There’s still a small chance of a pardon one day.

MrMc Neilly has now said he is not hiding from arrest:

“I will be back in the UK in the next few days and I will hand myself in to the police.

“Prison – such a nice reward for sacrificing everything to warn the public and government.

“Unfortunately that’s the world we live in. I know it’s a lot to sacrifice and it is a hard road to walk down, but other people need to start coming forward.

The MoD today confirmed that McNeilly was   “apprehended” on Monday night and was being held at a military establishment in Scotland.

His brother said he had handed himself in.

He was detained at Edinburgh airport last night

“I will be handing myself into the police today. The hotel and flight I booked for the 20th was just a decoy, for anyone thinking about making a move. I have moved between countries, changed location almost every day, stuck to mainly communicating through the deep web and used multiple aliases when I could, but I lack the resources to remain undetected. Any good investigator or hacker, will know where I am right now. Amongst other things my bank transactions will give you my location”.

“All of the charges against me were dropped; there’s nothing that I can be charged with now. Most people know that I acted in the interest of national security. However, I was still given a dishonourable discharge from the Royal Navy.”

He was discharged “on the claim that my sole aim was to discredit their public image”, he says. “The truth is I view the Royal Navy as the greatest navy in history.”

One thought on “The Faslane Whistleblower – an Ulsterman from Newtownabbey, Belfast”