The men who raped and murdered British children  have been protected and allowed to carry on their activities because  their crimes were covered up by the police, judiciary and the Home Office.

Do you think they stopped on the stroke of midnight Dec 31st 1999?

Or do you think they might still be carrying on?

a) A mother believed her 16-year old son was groomed and sexually abused by men at Buckingham Palace when he worked there on the kitchen staff. The family convinced the boy to leave his job. 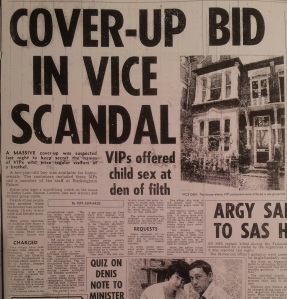 In 1982 a police raid on the guest house, involving ‘up to 60 officers’ found

‘a huge store of pornographic material including video tapes’.

Michael was bussed in with other children from North Wales when he was 11 or 12 for sex parties
“Nick” described how he was taken there from the age of 11 onwards to be sexually abused on 10 occasions by Conservative MPs and other prominent people.

“I was raped over a bath-tub while my head was submerged in water”.

Retired magistrate Vishambar Mehrotra, father of an eight-year-old boy who died in the 1980s

has alleged that his son may have been abducted and murdered by members of a Westminster pedophile ring.

He claims Scotland Yard were complicit in “covering up” the crime.

* one boy being strangled to death during a sexual assault,

*  another boy being murdered in front of a Conservative MP and

* a third being deliberately run over by a car and killed in another part of London.

Two whistle-blowers who had information about MPs’ involvement in the paedophile ring could have been murdered – a former Lambeth council official named Bulick Forsythe (beaten to death) and an unnamed caretaker  (burnt to death in an arson attack) who allegedly had tapes of “sex parties“.

Mr John Mann MP is calling for their “suspicious” deaths to be re-investigated. 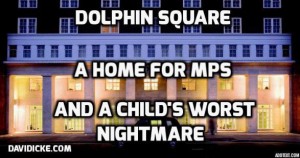 2) The cover-up
It is an old boys club, a secret society, in which they protect each other.

Another dossier, which named MP Cyril Smith  as being involved in abuse, also vanished 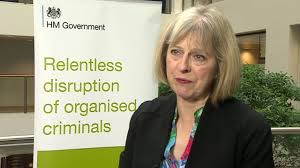 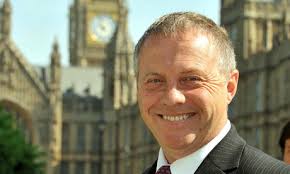 * he was aware of five investigations dropped by Scotland Yard into alleged VIP child abuse which took place over the last three decades.

* met Scotland Yard and handed over evidence on 22 politicians, including three serving MPs and three members of the House of Lords. 14  were Conservative politicians, 5 were Labour and 3 were from other parties.

‘All those 22 names are worthy of investigation by the police. The evidence against half of them is very compelling”

*  It was “inconceivable” that police would not now arrest and interview some of the politicians I have named.

* ‘Some of them could definitely be prosecuted and I believe several of them were definitely child abusers.’

*  “There are at least five paedophile rings which involved MPs,”

*“Each of them involved at least one MP, some involved more, and these were groups of people who knew about the activities of one another.

*“In some cases I believe they committed abuse together.”

* ‘But I am still getting more information coming into me. There may be more.’

So what do you think?

Did the child rapists and murderers  stop on the stroke of midnight Dec 31st 1999?