King Juan Carlos I of Spain abdicated today. After him – the Spanish Republic?

Juan Carlos came to the throne after the death of the dictator Gen. Francisco Franco in 1975 with virtually nothing, and has worked hard to generate his own fortune beyond the annual 8.3 million euro budget, or $10.7 million, bestowed on the palace by the Spanish government.
The Spanish royal family’s wealth has been estimated at up to $2.3 billion, a sum that supporters contend was inflated by the inclusion of government properties.

How he has amassed his substantial personal wealth remains secret.
“There is absolutely zero control on the activities of the king and his household,” said Joan Tardà, a national lawmaker from Esquerra Republicana, a Catalan party that wants Spain to hold a referendum on the monarchy. 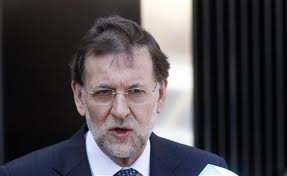 Prime Minister Mariano Rajoy  said a new constitutional amendment would be proposed to allow for the abdication to happen.

Tonight Spain sees the greatest Republican mobilization since the 1930s

Solidarity rallies were also held in 30 cities across Europe and Latin America.

Podemos, which shocked analysts by winning five seats in the European elections, spent the day rallying for a referendum on Twitter.

“We are citizens, not subjects. It’s about time we had our say.”

Cayo Lara, who heads the United Left coalition, said it was the moment for “the people to decide if they want a monarchy or a republic.”

He added: “It’s inconceivable in the 21st century that we’re still talking about blood rights.”

Spaniards can sign the petition for a referendum here
https://secure.avaaz.org/es/petition/Todos_los_Partidos_Politicos_de_Espana_Referendum_YA/?wdLpQbb
130,000 have already signed in only a few hours

“The monarchy will continue as long as the people want a monarchy,” the king said on a swing through New York last week, part of a palace strategy to meet with top opinion makers to help promote confidence in Spain.

So let the Spanish have their referendum

One thought on “UP THE REPUBLIC – SPAIN”