You watched the Pamorama programme
https://eurofree3.wordpress.com/2013/11/24/britains-secret-terror-force/
Some people have been putting 2 and 2 together,

coming up with the same answer as families of the New Lodge 6 victims.

They have long maintained that the massacre was a joint operation by Loyalist paramilitaries and the British army, acting on the direction of the Military Reconnaisance Force (MRF) later to be known as the Force Research Unit (FRU).

https://eurofree3.wordpress.com/2013/10/24/collusion-is-not-an-illusion/
In fact, the tactics described by the MRF men have a chilling similarity to the events surrounding the deaths of the New Lodge Six on February 3rd-4th 1973

What exactly happened?
At 11.00 pm a car sped out of Hallidays Road from Loyalist Tiger’s Bay. Its occupants opened fire with a machine gun

on a group of men standing outside Lynch’s Bar at the junction of the New Lodge Road and Antrim Road. Two men were killed

Volunteers James McCann and James Sloan (19) who had only been married for five weeks, with his wife only finding out she was pregnant after his death.

The weapon used to kill the men was

a sub-machine gun. The car continued down the Antrim Road and fire was directed at a Chinese restaurant injuring others. The car then did a ‘U’ turn and went back to nearby loyalist Tiger’s Bay

Eyewitnesses reported that a British Army Saracen armoured vehicle was parked on the Antrim Road at the time but did nothing to apprehend the occupants of the car or give medical assistance to the injured. As the people of the area gathered on the streets after hearing the shooting,

they soon came under a hail of gunfire from several positions in a huge British Army operation.

The British army was firing from Duncairn Gardens down Edlingham Street and from the top of Templar and Alamein Flats. For the first time they were using their new ‘Nitesights’ with deadly effect. Unarmed Volunteer Tony Campbell was returning from a disco in Newington after celebrating his 19th birthday when he was shot dead by the British army at the junction of Edlingham Street and New Lodge Road.

Brendan Maguire went to help Tony Campbell and was shot dead at the same spot.

Then, John Loughran, a married man with three children and a fourth on the way, came out of his house wearing just a pair of trousers and a vest to help the injured. He too was shot dead beside Tony Campbell and Brendan Maguire.

He was later described by a judge as a “good Samaritan“.By this time, people were taking shelter wherever they could, in doorways, under cars or in the old Circle Club. When there was a lull in the gunfire, Ambrose Hardy emerged from the doorway of the club holding a white cloth

above his head, fearing his concerned mother would come looking for him when she heard the shooting. He was shot in the head by a British Army sniper.

None of the six men was armed when killed. The Ministry of Defence later paid compensation to their families.

No proper inquiry into these killings took place until 30 years later. When it did, it was not organised by the responsible British authorities, but by the local community.An eminent panel of jurists (human-rights solicitor Gareth Peirce: professor Colin Harvey, head of the human rights centre at Leeds University law school: US civil litigator Ed Lynch: solicitor Kate Akester, chair of mental health tribunals, London, and Belfast solicitor Eamann McMenamin), was chaired by Don Mullan. During the 2-day inquiry, jurists remarked on having heard nothing about these deaths at the time 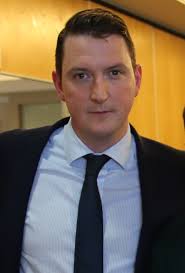 “As a young student solicitor, I was lucky enough to help and work on the Community Inquiry into killings by the British Army of six unarmed men in the New Lodge on the night of 3rd and 4th February 1973.

“It was truly inspirational to see the international calibre of lawyers and human rights activists gather to forensically examine the actions of the British soldiers that night.

“At the conclusion of the emotional two-day inquiry, the jurists found that the state had totally failed to investigate the circumstances surrounding the deaths of the six victims and the wounding of several others.

“They  stated  there was “no evidence to indicate that any of the deceased and wounded were armed at the time of their shooting or acting in a manner which might have been interpreted as a potential threat“.

They admitted they were deepy shocked at “the state’s total failure to investigate the killings” and confirmed the official response to the killings including the investigation by the British Forces, the RUC and the inquests amounted to a breach by the British state of  Article 2, European Convention on Human Rights, Right to Life and Rights of All Deceased

They said: “We further find the British state continues to breach the Article 2 rights of the deceased. Despite the passage of almost thirty years since the fatal killings in this case, we hold that it is neither impossible nor impracticable to hold such an investigation and accordingly the breach continues.”
The panel recommends that “the British government take steps to legislatively introduce exemplary and/or punitive damages in cases where the deceased was the victim of arbitrary and unconstitutional actions by the state or its agencies”

They recommended “Legislation which would allow the next of kin of a deceased to “bring libel actions for damages against the media for deliberately of recklessly maligning a deceased person particularly when same is for the purpose of sensationalism and/or profit,”

Aftermath
The British Army confirmed they killed four of the men, but they never admitted the deaths of Mr Sloan or Mr McCann. The British soldiers who killed six unarmed men in the New Lodge in 1973 have been branded “legal trigger men” who’s activities were “deliberately covered up” in order to hide the truth.

In chapter 7 of ‘The Trigger Men’

author Martin Dillon shows clearly that members of the men’s families and campaigners trying to get to the truth behind the men’s deaths have been obstructed at every turn.

Paul O’Neill speaking on behalf of the families said
“We’ve been totally stonewalled and ignored for years. This was an ambush, those men were set up. It was mass murder.

We will speak to anyone who wants to help us get the truth out.”
Sinn Féin MLA Cathy Stanton

said the killings were a mirror image of the events of Bloody Sunday.
“This was a planned operation to murder and maim and was in keeping with British policy at that time. In the period 1969 to 1973 the British state had killed 188 people and what happened here in the New Lodge was part of that pattern.What compounded the grief was that they tried to place the guilt on those who were without guilt. That is, the men they murdered and the families, they ruined. All we have to do to understand this pattern is understand Bloody Sunday in Derry when the world was told these men were nail bombers.”

A former UVF member has publicly confirmed that he worked with British military intelligence to organise and take part in the gun attack which left six men dead.

The British army claimed all of the New Lodge Six killings, four days after police discovered a car allegedly belonging to loyalist assassins in North Belfast.

A file belonging to the Prime Minister’s office reads: “On Saturday 3 Feb the major violence took place in the New Lodge Road area where between 2345 and 0300 hrs 4 Feb an estimated 189 rounds were fired at SF [Security Forces] who returned 168 rounds and claimed seven hits, six of the hits have been confirmed as bodies are [sic] in the RVH [Royal Victoria Hospital]. Five of the six were known to the SF as members if [sic] the Provisional IRA or Fianna and there is an unconfirmed report of the involvement of the sixth.”

Attorney General Brenda King has ordered a fresh inquest into the shooting of six Catholic men in the New Lodge area of north Belfast in February 1973.