“Even by Northern Ireland standards the facts are grisly”

I confess at these words a shudder passed through me. There was a thrill in the  voice of Ciarán Martin, former Security and Intelligence adviser to the British Prime Minister. He was himself deeply moved by what he told us.

Holmes leaned forward in his excitement and his eyes had the hard, dry glitter which shot from them when he was keenly interested.

“And you said nothing?”

“How was it that no one else saw it?”

“They  were at some remove from the  paid state agents who  were directly involved in the killing and no one gave them a thought.

I don’t suppose I should have done so had I not known this.”

“There are many UDA dogs in the province?”

“You say it was a  large organisation?”

“But  ministers, security chiefs or officials had not approved the murder?”

“Apparently not. This systematic problem with UDA agents was known, but nothing was done about it..”

“Is there any other lead?” 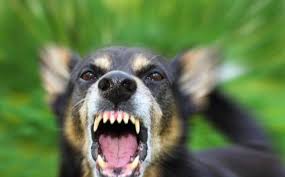 “Has the Prime Minister reached this conclusion?”

“No; he stopped about fifty yards from it.”

“You interest me exceedingly. Another point. Was the Inquiry closed?”

“Good heaven! Did no one examine?”

“It was all very confused, Mr Holmes. The Prime Minister had evidently thought about it  for five or ten minutes.”

Sherlock Holmes struck his hand against his knee with an impatient gesture.

“If I had only been there!” he cried. “It is evidently a case of extraordinary interest, and one which presented immense opportunities. That  page upon which I might have read so much has been long ere this smudged  and defaced by the clogs of  peasants. Oh, Mr Martin, Mr Martin, to think that you should not have called me in! You have indeed much to answer for.”

“I could not call you in, Mr. Holmes, without disclosing these facts to the world, and I have already given my reasons for not wishing to do so. Besides, besides –“

“Why do you hesitate?”

“This was an awful case and as bad as it gets, and was far worse than any post 9/11 allegation. Since the Finucane murder, Mr. Holmes, there have come to my ears several incidents which are hard to reconcile with the settled order of Government.”

“I find that before the terrible event occurred several people had seen something  which corresponds with this UDA- Uk demon. They all agreed that it was a huge creature,  the largest and most active British terrorist group on the island of Ireland. It was  a legal paramilitary organisation under British law and jurisdiction.

Did the refusal by the British government over two decades to proscribe the UDA constitute a continuing breach of Article 2 of the European Convention on Human Rights? The Right to Life and the duty imposed on states to protect this right is a fundamental principle in domestic, European and international law.

The UK government may have been guilty of a flagrant breach by formulating policies that put its citizens at risk and thus constituted misfeasance in public office on a hitherto unimaginable scale.’

I have cross-examined  men, one of them a hard-headed countryman, one a  worker, and one a  farmer, who all tell the same story of this dreadful apparition, exactly corresponding to the UDA of  legend. I assure you that there is a reign of terror in the district, and that it is a hardy man who will cross the city at night.“

“And you, a trained man of government, believe it to be collusion?”

“I do not know what to believe.”

Ciarán Martin, the former Security and Intelligence adviser to British prime minister David Cameron, admits that British terrorist groupings operating in Ireland during the conflict in the north-east of the country did so with the backing and support of Britain, perhaps up to the highest levels of government.

One thought on “The Hound of the UDA-UKervilles”